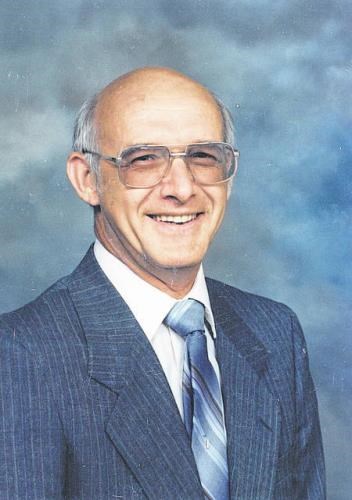 Bobby Lee Creamer, 83, of Spring City, Tennessee finished his Christian service on earth on Saturday, April 10, and God's grace has intervened and our beloved Barnabas was taken home to paradise where he is doing things now that we as believers can only be envious of, like celebrating family and being with loved ones that have gone before, and more than that, boundlessly worshiping our Lord and King. And even though it so saddens us to no longer be able to share stories, jokes, laughs, phone calls, visits, and hugs with him here on earth, we are celebrating his: no more worries, fears, discomforts, illnesses, tears and loneliness as he missed his wife Marlene, who preceded him in death in March of 2020.

Bobby loved his gardening, canning, and freezing his home grown vegetables, and had a passion for helping his neighbors. While living in Cedarville, Ohio, Bobby was a carpenter and had a small store where he sold his self-made items and furniture. Bobby was an active pastor in the Barnabas Ministries and he and Marlene are well remembered as Henry and Sweetie in their faith-filled humorous skits and their column in the Paraklete monthly publication also entitled "Henry and Sweetie".

Bobby was also preceded in death by his wife, Melanie (Hanley) Creamer, and son Christopher Creamer; his parents, Robert and Leona Creamer, and his brother, Billy LeRoy Creamer.

A memorial service for Bobby will be held at the Glen Alice Christian Church, Rockwood, Tennessee at 3:00pm on Sunday, May 16, 2021 and a memorial service will also be held at the Jeffersonville Church of Christ in Jeffersonville, Ohio on Sunday, May 23, 2021 at 3:00 pm. A reception will be immediately following the service. Burial will be in North Cemetery, Cedarville, Ohio at the convenience of the family.

In lieu of flowers, donations may be sent to Barnabas Ministries, 135 Mitchell's Rd. Gallipolis, Ohio, 45631.

Vaughn Funeral Home, Spring City is in charge of arrangements. Please visit our website at www.vaughn-funeral-home.com to share memories and condolences with the family of Bobby Lee Creamer.

Published by Record Herald from May 3 to May 4, 2021.
To plant trees in memory, please visit the Sympathy Store.
MEMORIAL EVENTS
May
16
Visitation
Glen Alice Christian Church
TN
May
16
Memorial service
3:00p.m.
Glen Alice Christian Church
TN
Funeral services provided by:
Vaughn Funeral Home - Spring City
MAKE A DONATION
MEMORIES & CONDOLENCES
3 Entries
love you forever and a day
Deborah Creamer
Daughter
May 10, 2021
May the love of friends and family carry you through your grief. Debbie, i am so very sorry for your loss. Your dad was a wonderful man and father. Love you my friend ♡
Rebecca Tobias-Bahns
Friend
April 22, 2021
RIP Bobby! My prayers and thoughts are with the family and friends! May God comfort you as only He can in your sad time! Love to all God Bless each one of you❤❤❤
Kathy Thompson
April 20, 2021
Showing 1 - 3 of 3 results