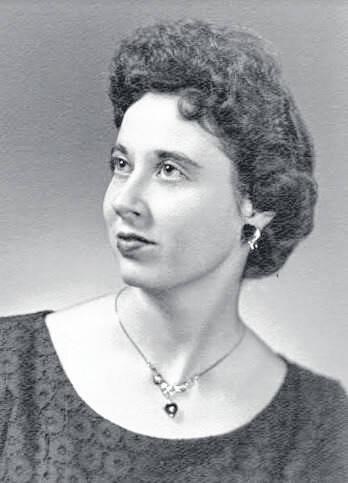 Jean Grover Bauman, of Chillicothe, died on September 29, 2021, at 12:13 a.m. at the age of 84, following a long and courageous battle with cancer. Jean was born May 21, 1937, in Highland Co., OH, and was the daughter of the late Cecil and Mae (Douglas) Grover. She was a lifetime member of the Rainsboro United Methodist Church and had attended Walnut St. United Methodist Church in Chillicothe.

She was a graduate of Greenfield McClain High School, Class of 1955 and received her Bachelor of Science degree from the Ohio State University in 1959. Jean was employed as the Ross Co. Home Economics Extension Agent from August 1959 until retirement in February 1988.

She married Fred Bauman, of Waverly, OH, on October 7, 1966, and they resided in Waverly until his death in September 2006. Jean lived in Chillicothe for the past 10 years. Jean and Fred spent many satisfying hours working in their large vegetable garden and tending to the several beautiful flowers in their yard. They loved cooking and baking together.

Jean delighted in working with the Ross County homemakers and 4H members, especially the annual 4H Camp sessions at Tar Hollow. She was affectionately known as "Clean Jean" to those with whom she worked.

The family wishes to extend their gratitude to loving neighbors Mike and Phyllis Ivy, who were so special to Jean.

Funeral services will be held at 1 p.m. Saturday, Oct. 9, at the Haller Funeral Home & Crematory. Calling hours will be held from 11 a.m. until 1 p.m. Saturday at the funeral home. In lieu of flowers, contributions are suggested to Tar Hollow 4h Camp, c/o Ross Co. Extension Office; or a charity of your choice. Her online guestbook and tribute video are available at www.HallerFuneralHome.com

Published by Record Herald from Oct. 1 to Oct. 2, 2021.
To plant trees in memory, please visit the Sympathy Store.
MEMORIAL EVENTS
Oct
9
Visitation
11:00a.m. - 1:00p.m.
Haller Funeral Home & Crematory
1661 Western Avenue, Chillicothe, OH
Oct
9
Funeral service
1:00p.m.
Haller Funeral Home & Crematory
1661 Western Avenue, Chillicothe, OH
Funeral services provided by:
Haller Funeral Home
MAKE A DONATION
Please consider a donation as requested by the family.
MEMORIES & CONDOLENCES
1 Entry
I am so sorry to hear of Jean's passing. She was so helpful to me as I began my Extension career in Fayette County. She was always willing to answer my questions with wisdom and kindness. Sending prayers to the family.
Linnette Mizer Goard
October 4, 2021
Showing 1 - 1 of 1 results