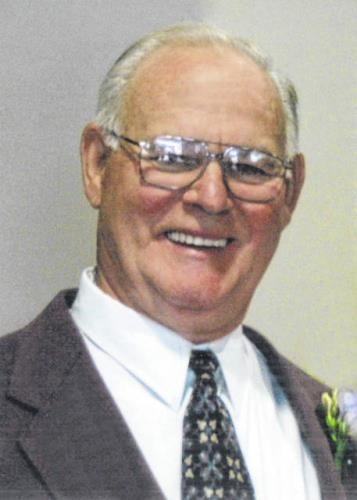 John William Baker, 81 of Washington Court House, OH, formerly of Huntington, Wv passed away December 4, 2020. Funeral services will be conducted at 2:00 pm Tuesday, December 8, 2020 at Wallace Funeral Home & Chapel, Barboursville, by Minister David Trevathan. Burial will be in White Chapel Memorial Gardens. He was born October 28,1939 in West Hamlin, WV, a son of the late Charlie and Ruby Collins Baker. He was preceded in death by his wife of 53 years, Elaine Jeffers Baker. He is survived by his children and spouses, Deleda and Shane McMahon, of Washington Court House, OH and Michelle Nibert, of Washington Court House, OH, and Walt and Chelsea Baker of Proctorville, OH; sister, Brenda Patton of KY; brother and sister-in-law, Paul and Hilda Baker, of West Hamlin, WV; grandchildren and spouses, Andy (Sarah) McMahon, Katie ( Nick) Martin, Kayla (Chris) Fleak, Owen Baker and Celia Baker; great grandchildren, Wyatt, Gavin, Reese, and Rylee. We would like to give a special thanks to Vicki Hunt, John's caregiver for the care of our dad. Visitation will be from 12-2 pm Tuesday at the Wallace Funeral Home. Online condolences may be expressed to the family at www.timeformemory.com/wallace.

Published by Record Herald from Dec. 8 to Dec. 9, 2020.
To plant trees in memory, please visit the Sympathy Store.
MEMORIAL EVENTS
To offer your sympathy during this difficult time, you can now have memorial trees planted in a National Forest in memory of your loved one.
Funeral services provided by:
Wallace Funeral Home - Barboursville
MAKE A DONATION
MEMORIES & CONDOLENCES
0 Entries
Be the first to post a memory or condolences.