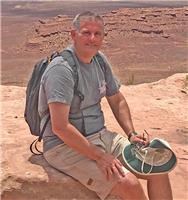 You are not in the mountains. The mountains are in you - John Muir Bradford John Dozier passed away in a climbing accident in Alpine County on October 27, 2018. Brad was born September 24, 1963 to Jack and Shirley Dozier in Stockton, California.
Brad attended St. Mary's High School in Stockton, and graduated from University of California Berkeley in 1985 and McGeorge School of Law, passing the California Bar exam in 1989. He returned to Stockton to continue the law practice of his father Jack, and over succeeding decades developed a reputation for skilled and ethical legal work for a variety of corporate and private clients. Although a busy lawyer, Brad always had time to share stories with friends and family who dropped by the office. His work day often began with a special delivery from his mother of a coffee and bagel to share. An avid lifelong tennis player, his regular Friday battle with Larry Ferrari was perhaps finally beginning to bear fruit. While winter skiing was another favorite pastime, his true passion was hiking and climbing in the Sierra Nevada. His love of the mountains began in childhood with annual High Sierra backpacking trips with his family, where an appreciation of nature and man's place in it become ingrained. As an adult, he planned and executed an annual back-country hiking and climbing adventure when he would seek "the wildest place in the Sierras" with best friends Eric Firpo, Desmond Roche, nephews Hayden and Matthew Dozier, and in-law Brooke Wells. His routes were always challenging, inspiring, and as much off-trail as possible. He became proficient and skilled as a "peak bagger", participating in the annual Sierra Challenge organized by renowned climber Bob Burd and in 2018 alone recorded 67 ascents in the Sierra until his accident. He was driven and passionate but not reckless. Likely a single foot placement or hand hold that broke loose on Peak 9626 caused his untimely demise.
Brad's devotion to his family was always apparent, as was his guidance and encouragement for his children to stretch themselves and reach their own goals. He was their role model and hero whose steps they followed, since they knew for sure he knew the way.
Brad is survived by his loving wife of 26 years Ruanne Castro Dozier, and children "CJM3" - Carina, Mariel, and Joseph. He also leaves behind his mother Shirley Dozier, mother-in-law Nancy Castro, sister Julie Dozier Nelson (Jamie), and brothers Jeffrey (Linda) and Daniel (Ewa), and brothers-in-law Loren (Kathleen) and Greg (Laura). Numerous nieces, nephews, and cousins also mourn his passing. He is preceded in death by his father Jack Dozier and father-in-law Rudy Castro.
The family would like to thank the Alpine County Sheriff's office and the army of Search and Rescue personnel for their prolonged all-out effort to find and bring Brad home. Sheriff Rick Stephens, Deputy Taylor Green, and SAR coordinator Clint Celio are part of a compassionate and persistent team of hundreds of people that refuse to give up. We are forever grateful for the skill and unwavering commitment from everyone involved.
A memorial service is scheduled for Tuesday November 20, 2:30 pm at Morris Chapel. A reception will follow, and a fine IPA will be raised in his honor. In remembrance, please send needed donations in Brad's name to Alpine County Search & Rescue, PO Box 278, Markleeville, CA 96120
Published by The Record from Nov. 11 to Nov. 12, 2018.
To plant trees in memory, please visit the Sympathy Store.
MEMORIAL EVENTS
Nov
20
Memorial service
2:30p.m.
Morris Chapel, University of the Pacific
CA
MAKE A DONATION
MEMORIES & CONDOLENCES
25 Entries 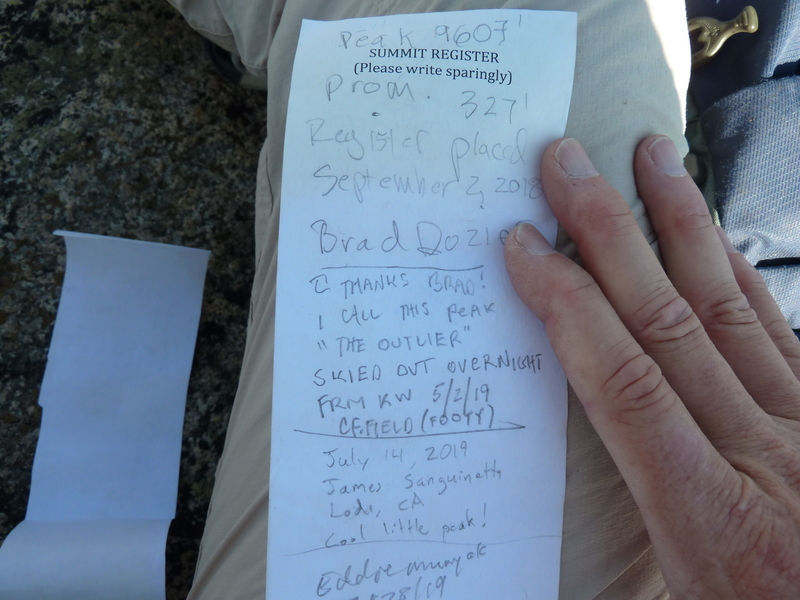