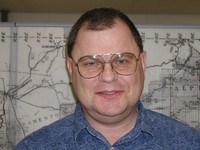 BORN
1956
DIED
2021
Mark Taylor
Stockton - Mark Taylor, (65) of Stockton, CA passed away on June 29, 2021, after a 30-month battle with Pancreatic Cancer. He was born June 23, 1956, in Algona, Iowa as the first-born child of Ralph and Evelyn (Schutter) Taylor. He was raised on the family farm and graduated from Algona High School in 1974. Mark then enlisted in the Army and served 3 years as an Artillery Ballistic Meteorological Crewman. After his military service, Mark earned bachelor's Degrees in Agronomy and Surveying Engineering from Iowa State University. In 1988, Mark was recruited by the California Department of Transportation (Caltrans). He relocated to Stockton and began a 31-year career with Caltrans as a land surveyor and civil engineer.
Mark is survived by Carolyn, his loving wife of 29 years, his daughter, Jennifer, his three stepchildren Josh, Joe and Jocelyn, and two step-grandsons. He is also survived by his twin sisters, Barbara (Dale) Johansen of Waukee, Beverly (Doyle) Sullivan of Norwalk, IA; and brother, Jim Taylor of Titonka, IA; as well as nieces, nephews, and cousins.
Mark was preceded in death by his parents and his first wife, Deborah (Lewis) Taylor on August 1, 1988, just shortly after having moved to California.
Mark was a quiet man who enjoyed scenic drives, indie movies, reading and running in his younger years. He was able to break 40 mins in the 10-kilometer run. His best marathon time was 3 hrs. 12 mins. at the 1981 Lincoln, Nebraska Marathon. He will be remembered for the impact he had on those around him, and his contributions to the State of California.
Published by The Record from Jul. 2 to Jul. 4, 2021.
To plant trees in memory, please visit the Sympathy Store.
MEMORIAL EVENTS
To offer your sympathy during this difficult time, you can now have memorial trees planted in a National Forest in memory of your loved one.
MAKE A DONATION
MEMORIES & CONDOLENCES
4 Entries
Went to high school in Algona with Mark, hard to believe it´s been 43 years. We also both attended Iowa State. Mark was a quiet guy, but always had a warm, heartfelt greeting, and a great smile. Be at peace, Mark.
Mike Koob
July 14, 2021
Deepest sympathy in the loss of a very Special man! A gentle soul whose work ethic was impeccable! As an Office Tech for RW, Mark was my go-to Land Surveyor whenever I needed help w/ deeds & maps. No matter how busy he was, he always made time for me, and always solved my problems - He was a dear co-worker and friend and will never be forgotten! Blessings to all his family - May the love of friends and family be with you during this sad time! May Mark rest in peace, free from all pain; enjoying eternal life with Our Lord!!
Betty Ann Dal-Porto
Work
July 6, 2021
He was a wonderful neighbor. I´ll miss him.
Pat Hobin
Friend
July 3, 2021
I worked with Mark Taylor for 22 years at Caltrans D-10, Stockton. Mark was such a quiet, gentle co-worker. So sorry to learn on Mark's passing. My condolences to all of Mark's family.
Barney L Bender
July 3, 2021
Showing 1 - 4 of 4 results