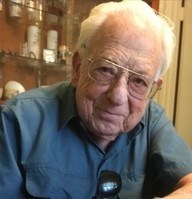 BORN
1928
DIED
2021
Robert Wolfgang Lilienstein
Stockton - Robert Wolfgang Lilienstein, age 93, passed away peacefully at home on June 30, 2021. A native of Hamburg, Germany, Robert was born Wolfgang Lilienstein on March 8, 1928 to Isidor and Hilde (Stern). He came to New York City with his parents in 1936 to escape Nazi Germany and immediately became a New Yorker. He fondly remembered each place he lived in the city, friends he had, bakeries and delis he frequented, and that his first job was shining shoes outside of the subway in 1940. He was a proud graduate of The Bronx High School of Science (1946). He served 2 years in the US Navy on the USS Missouri before attending New York University and The Chicago Medical School (1955). He married Henrietta "Honey" Robinson on October 27, 1956 in Yonkers, New York and they were married for 60 years. He completed his internship at Los Angeles County Hospital and his residency at San Luis Obispo County Hospital before completing an anesthesia residency at UCSF. They moved to Stockton, California in 1962 where they raised their 4 children. He was a practicing Anesthesiologist with Stockton Anesthesia Medical Group for over 30 years and spent some time as Chair of the Anesthesia Department of St. Joseph's Hospital. He was known for his dedication to his job and was passionate about the art and science of his profession, spending free time reading medical journals and anesthesia articles. He enjoyed family trips to Silver Lake, skiing, and spending time with family on the boats that he owned over the years. He and Honey were members of Temple Israel of Stockton for over 59 years and enjoyed extensive world-wide travel in retirement. Robert is survived by his four children, Joanne (Steve), Frieda (Ross), Peter (Lynette), and David (Sandy), ten grandchildren, and three great-grandchildren. He was preceded in death by his parents, Isidor Theo and Hilde Johana Lillienstein, his sister Ruth (Lilienstein) Liepman, his brother, Manfred Lilienstein, and his wife, Henrietta "Honey" (Robinson) Lilienstein. The family wishes to thank the staff of Community Hospice and the caregivers of Visiting Angels for their thoughtful service and tender care over the past 4 years. In lieu of flowers donations can be made to Community Hospice.
Published by The Record from Jul. 8 to Jul. 9, 2021.
To plant trees in memory, please visit the Sympathy Store.
MEMORIAL EVENTS
To offer your sympathy during this difficult time, you can now have memorial trees planted in a National Forest in memory of your loved one.
MAKE A DONATION
MEMORIES & CONDOLENCES
0 Entries
Be the first to post a memory or condolences.