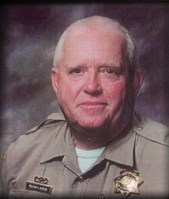 ABOUT
Manteca High School
FUNERAL HOME
Rocha's All Faiths Cremation and Burial - Lodi
5750 E Pine Street
Lodi, CA
Weldon Burson
Weldon Burson passed away on June 17, 2021 after a short illness and battling with Alzheimer's for several years. He was 84 years old and grew up on a farm in Manteca. He graduated from Manteca High School in 1955 and went on to get his AA at Modesto Junior College in 1957.
After briefly being a San Jose Police Officer, he became a Highway Patrolman for over 5 years in East LA where he met Alicia and they married in 1962 (and were happily married for 59 years!). After they were married, they moved to the Lodi area to run the family ranch.
The Burson family can be traced back sixteen generations in the USA, and his branch of the Burson family moved to the Lodi area in 1856. Weldon was a fourth-generation farmer and became the sole owner of Burson Industries with 278,000 laying chickens, 110,000 square feet of indoor greenhouses, a commercial feed mill and 55 acres for row crops. Weldon served as both an Acampo and San Joaquin County Farm Bureau President. He had an eclectic mix of pets including llamas, emus, rheas, ostriches, Barbados sheep, goats, donkeys, cows, dogs, cats, and an alpaca.
On August 6, 1991, Weldon was asked by Sheriff Baxter Dunn to start a program called the S.T.A.R.S. which is the Sheriff's Team of Active Retired Seniors. As a Civilian Crime Prevention Officer, he created this group that led to a volunteer organization of over 350 individuals and he was able to raise money and sponsorship so that no tax payer dollars were used (raising over $100,000 per year). Weldon retired on April 1, 2008 and during that time he had trained over 1,000 volunteers and had logged over 1 million volunteer hours. It was one of his proudest achievements and he was nicknamed S.T.A.R.S. ONE.
In addition to his work, Weldon was also involved in local education and served as an Oak View School Board Member and also co-founded a scholarship fund and has given thousands of dollars to local students and schools.
He enjoyed helping his family and friends with his many talents of building items, gardening and repairs. He was always willing to lend a hand and give assistance to those in need at any time. He will be remembered for his amazing BBQs, Cioppino and chili beans. Weldon could host parties from a few people to over a thousand and he had the ability to talk to anyone, make them comfortable (and laugh) and be a lifelong friend.
Weldon is preceded in death by his parents Ralph and Helen Burson and sister Barbara (Bob Hunt) and survived by wife Alicia, daughters Holly (Mike) and Kim and many nieces and nephews. As per Weldon's request, no services will be held.
In lieu of flowers, you may send a check in his memory to the Oak View School Outdoor Ed Fund and mail to 7474 E. Collier Rd, Acampo, CA 95220; please mark the card with Attn in Memory of Weldon Burson.
Published by The Record from Jul. 6 to Jul. 8, 2021.
To plant trees in memory, please visit the Sympathy Store.
MEMORIAL EVENTS
To offer your sympathy during this difficult time, you can now have memorial trees planted in a National Forest in memory of your loved one.
Funeral services provided by:
Rocha's All Faiths Cremation and Burial - Lodi
MAKE A DONATION
MEMORIES & CONDOLENCES
Sponsored by Rocha's All Faiths Cremation and Burial - Lodi.
5 Entries
We had the pleasure of working with Weldon when we were volunteers in the Mounted Unit of the San Joaquin County Sheriff's Posse which Weldon oversaw. He was always a pleasure to work with and was always competent, efficient and always upbeat. The passing of this wonderful man is a true loss.
Ron and Vickie Wetherell
Work
July 8, 2021
My mom, Thelma Vineyard, thought the world of Weldon. Condolences to the family. You were very lucky to have him. Lots of wonderful memories.
JUDY WIEFEL
Other
July 7, 2021
Dear Alicia, Holly, Mike, and Kim, So sorry for your loss. Weldon was such a huge bundle of energy and life it was hard to keep up with him. We worked many hours together with community events and Stars we got to know each other. He loved his family very much and my thoughts and prayers are with you. (Pizza Factory, Stars, Lockeford Chamber, SJCSO)
Deborah Miller
July 1, 2021
He was a great leader of the STARS program, of which I was a volunteer member for 20 years. My sympathy to his family.
LaVerne Gondry
Other
June 26, 2021
My husband John Owens was a STAR for several years and thought highly if a Weldon. Sorry to gear of hud passing.
Georgia R Owens
Friend
June 26, 2021
Showing 1 - 5 of 5 results