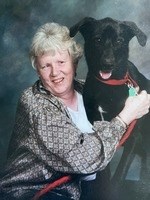 FUNERAL HOME
Jowett Family Funeral Home
7223 South Street
Benzonia, MI
Catherine Kelder
August 22, 2021
Catherine Anne Kelder, came into this world on the 19th of September. She would always say that her birthday was two days after the anniversary of the signing of the Constitution. She died August 22, 2021, after 77 years of youthful adventure. She was four when she went to live with Peter and Johanna Kelder in Crystal Lake, IL. who became her forever parents. Shortly after arriving in their home, she was found to have polio and spent many months in a hospital. Her father died when she was in grade school. After college she moved home with her mother who died a year later.
Catherine was a life-long learner and sought mentors for acquiring skills in building and maintaining homes, gardens, cars, roadways, and even picture frames. She studied history and Spanish at Millikin University. She received her masters at Northern Illinois University. She became certified in several specialties of Edu-Kinesthetics as well as Brain Gym skills and completed a three-year study program with the Foundation for Mind Research in New York.
Her loves were many, including music. She played oboe. She sang in choirs, played bells, and organized all the music in the church. She loved to teach (17.5 years) and travel, visiting Scotland, England, Egypt, Kenya and Germany. She loved all sentient life. Her primary totem was the bear. She loved dogs and never lived without one or more.
Catherine never saw problems in her life. She saw challenges and opportunities. She brought change to everything she touched whether it was Point Betsie Lighthouse restoration and preservation, Habitat for Humanity construction, Heifer International feeding the world, the Historical Society, fund raising, mission trips and sustaining her local congregation. She lived the Word of Jesus Christ with light and abundant life.
She leaves behind a vast family of choice including children and grandchildren, many friends, colleagues, and her beloved dog, Behly.
Memorial service will be held at 3:00 pm Saturday, September 4 at First Congregational Church of Benzonia, UCC, with Rev. Patty Higgins officiating. There will be a visitation one hour prior to the service. Burial will be in the Congregational Memorial Gardens. Contributions in honor of Cath's life and work may be made to Habitat for Humanity or the First Congregational Church of Benzonia, UCC. Thanks be to God for the memories, stories and humor of Catherine Anne Kelder, who has blessed us all. Arrangements provided by Jowett Family Funeral Home.
Published by Benzie County Record Patriot on Aug. 30, 2021.
To plant trees in memory, please visit the Sympathy Store.
MEMORIAL EVENTS
Sep
4
Service
2:00p.m.
Benzonia Congregational Church
900 Barber, Benzonia, MI
Sep
4
Celebration of Life
3:00p.m.
Benzonia Congregational Church
900 Barber, Benzonia, MI
Funeral services provided by:
Jowett Family Funeral Home
MAKE A DONATION
Please consider a donation as requested by the family.
MEMORIES & CONDOLENCES
1 Entry
I was so blessed to have known Cath for the short 2 years that I did. She was an inspiration and role model of how live life to the fullest!
Renee Cencer
September 3, 2021
Showing 1 - 1 of 1 results