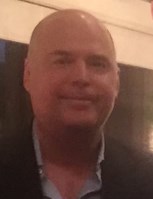 My best friend every summer.
Cynthia Pugsley
Friend
October 18, 2021
Taylor was a very intelligent, kind person. We didn't spend a lot of time together but when we did, the conversations were amazing. I wish I knew to say something more shortly before his passing.
J. Scott Petersen
Friend
October 13, 2021
Showing 1 - 2 of 2 results