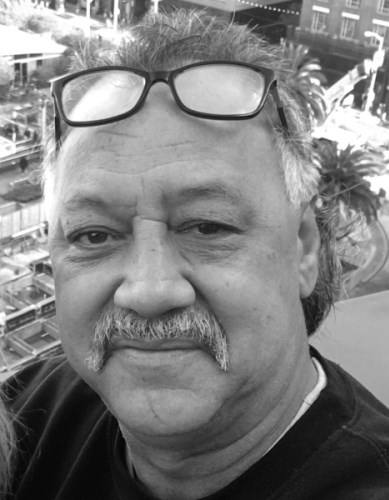 
Charlie spent his early childhood years working alongside his mother and siblings at the local newspaper. In 1971, during his sixth grade year, Charlie caught the attention of locals as a paper route boy who rode a unicycle. This well deserved attention convinced new readers to support the Red Bluff Daily News, making him the first person to have every house on his route subscribed to the paper. Later that year, Charlie was presented with a trophy honoring his commitment to his job along with a new bicycle for his winning efforts. He would then work a series of jobs throughout his high school years including the local A&W Root Beer Stand with his sister Chirlene. He graduated from Red Bluff Union High School in 1978.


Shortly after graduating, Charlie spent nine years in Prudhoe Bay, Alaska where he ran a large parts department for the state's pipeline. Returning to Red Bluff, Charlie worked in garages and fabrication shops that would eventually spark his passion and love for fast cars, heavy machinery, and semi-trucks. By the 1990s, Charlie would start a successful business, Dietz Equipment and Sales, in Proberta, California. His shop provided secure jobs within the local community. Charlie's business fabricated, outfitted, serviced and repaired trucks, equipment and emergency vehicles. He also aided in wildfire relief services contracting water trucks and equipment to the US Forest Service and other agencies.


Adding to his achievements was his commitment to the Red Bluff community. Charlie was known for his active sponsorships and contributions to the famous Red Bluff Round Up, Monster Truck rallies, Tehama County Fair, Red Bluff Boat Drags, as well as fundraisers for the local schools and community. He was an American motorcycle enthusiast and loved taking scenic rides and traveling to rallies. He also had a passion for classic American cars and participated in local car shows. Charlie always had a large personality, big dreams, and a passionate and generous heart. His nephew Keoki Silva says it best, "He was always my inspiration to be a go-getter and achieve the best in life. A man that never settled for less than the best."


He will be dearly missed by his family, loved ones, lifelong friends, business associates, and our community members.


Service date and location will be announced at dignitymemorial.com
Published by Daily News on Sep. 11, 2021.
To plant trees in memory, please visit the Sympathy Store.
MEMORIAL EVENTS
To offer your sympathy during this difficult time, you can now have memorial trees planted in a National Forest in memory of your loved one.
MAKE A DONATION
MEMORIES & CONDOLENCES
Sponsored by RedBluffDailyNews.com.
2 Entries
May God bless you and your family in this time of sorrow.
Jennifer Sisneros
September 20, 2021
May he RIP
Curtis Serna
Friend
September 18, 2021
Showing 1 - 2 of 2 results