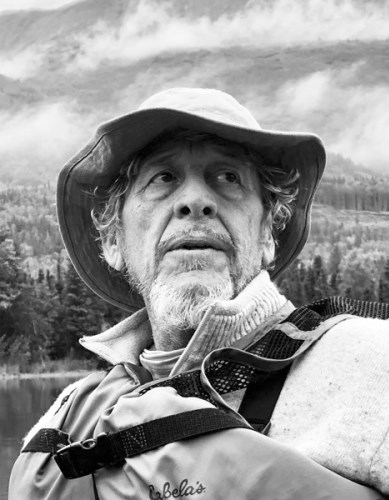 On September 6th, 2021, the world stood still and said goodbye to John Dwight Eller (Big John). John left the earth peacefully, surrounded by the love of his family after a short battle with pancreatic cancer, at the young age of 63 years old.


Born and raised in Corning, CA, John attended the local elementary school and Corning Union High School. In high school John played football, baseball and track. During those years he worked in the family prune harvesting business. After high school graduation in 1976, John attended Butte College where he continued to play football.


With a presence larger than life, John made a positive impact on every person who was fortunate enough to be connected, and he has left this world a better place. There was no such thing as a stranger to John; his rolodex of friends in his life were as diverse and colorful as his heart - and he created the conditions for all people, regardless of background or creed, to feel welcomed and valued while enjoying the best parts of life's adventures.


John was well known in the community for his years as a little league baseball coach. As a building contractor, John pursued his passions of both commercial and residential building projects and property development. John was also a pioneer in the Hemp Industry. As an industry advocate, he provided education and facilitated conversation at the local, county and regional levels. John's love for the outdoors was unmatched; he spent his free time in Mineral and exploring the Sacramento River, and was very knowledgeable about the history of the Native American community who lived along the river. John's incredible gift of storytelling and vivid imagination took a simple hike and turned it into the greatest of adventures.


Family was the utmost important value of John's - and he spent his life ensuring that his family (related and otherwise) were always connected to traditions and shared-human experiences that created the bonds between people. Outside of Northern California, Alaska was John's favorite place to escape to. Those that knew John will recall his incredible stories of his Alaskan adventures. In John's final days, he and Nan, along with his sons and grandchildren, traveled to Alaska on the trip of a lifetime. He was able to share his favorite fishing spots, small towns, and together enjoy the beauty of Alaska.


As per John's request, due to the pandemic, a Celebration of Life will be scheduled at a later date.
Published by Daily News on Sep. 18, 2021.
To plant trees in memory, please visit the Sympathy Store.
MEMORIAL EVENTS
To offer your sympathy during this difficult time, you can now have memorial trees planted in a National Forest in memory of your loved one.
MAKE A DONATION
MEMORIES & CONDOLENCES
Sponsored by RedBluffDailyNews.com.
1 Entry
So sorry for your loss
Gordon & Bonnie Bang Flinders
September 28, 2021
Showing 1 - 1 of 1 results