John Brickner, of Shingletown, CA, passed away at Mercy Medical Center in Redding, CA following a stroke and brain hemorrhage sustained on Thursday, June 24th. John was a graduate of Iowa State Teachers College, with a Masters in Elementary Education in 1960. He was a teacher in Iowa from 1960-1964. He then moved to California to become a teacher, principal and administrator in Littlerock, CA at Keppel Union School District from 1964-1977. He moved north to be the administrator of the Bolinas-Stinson Union School District from 1977-1986.

He moved his family to Shingletown, CA to be the administrator of the Black Butte Union School District from 1986-1991, from which he retired. He worked briefly thereafter with Indian Springs Elementary School District in a part-time capacity.

John's career was marked by building new schools and leaving fiscally strong systems at his exit. He chose to live within the bounds of his employing districts, and chose to work a school from top to bottom, driving buses, serving cafeteria meals, coaching athletics, serving as janitor or mechanic as well as juggling state code requirements, grant administration, cranky parents and particular school board members. Throughout, he would greet students by name, and assure that they had every opportunity to learn life skills.

He was an originator of, volunteer, officer and Board member for True North, Inc. a non-profit in Shasta County with programs of Sierra Health, Grass Roots for Kids - community assistance and sports scholarships, the Hwy 44 Safety Project, Shingletown Spay and Neuter program, Women's Refuge phone program and Underage Drinking Abatement programs. His financial and organizational oversight was valued.

He was preceded in death by his wife Carole (Winterburne Cobb) Brickner in 1994, as well as his parents John H. and Alberta Brickner.

Casual memorial services are being planned for John Brickner at Redding Soccer Park, 9800 Old Oregon Trail, Redding, CA on Sunday, July 18th, from 7:00-9:00 PM. Formal services for family will be addressed at a later time.

Donations in memory of John's commitment to youth education, sports and community service should be made to True North, Inc., PO Box 242, Shingletown, CA 96088.
Recyclable materials may be brought to the memorial gathering.

Published by Redding Record Searchlight on Jul. 2, 2010.
To plant trees in memory, please visit the Sympathy Store.
MEMORIAL EVENTS
To offer your sympathy during this difficult time, you can now have memorial trees planted in a National Forest in memory of your loved one.
MAKE A DONATION
MEMORIES & CONDOLENCES
27 Entries
John, Your accomplishments at the Bolinas Stinson School were an inspiration to all and you were a wonderful "Mesa" neighbor. My condolences to your family for their loss.
Wendy Hunt
July 20, 2010
I will never forget John for he was the only referee to ever give me a red card and the only referee who gave me a yellow card after agreeing with me that he made the wrong call repeatedly! But what I will remember most is standing there at his memorial at the Redding Soccer Park listening to all these people whose life he touched and how these people's stories touched his family in return! You cannot ask for a more beautiful farewell gift!!! It put a smile on my face. It was inspirational.
Herman Snel
July 19, 2010
every time we saw john he was busy doing something for someone. we remember the time he passed us on hwy 44 for going too slow. he was in uniform on his way to a game. we honked at him in jest and he held up a yellow card out the car window! love you john
shingletown walshes
July 17, 2010
I knew John through the game of soccer, as parent of a player and as a fellow referee. One could not ask for a more fair-minded, passionate, and concerned person than John. He had no equal. Those of us in the Redding soccer community will sorely miss his wry humor, commanding presence, and sense of fair of play. God Bless, John.
Don Chin
July 17, 2010
My thoughts and prayers to all of Johns family and friends. I only got to know him for a short time, but what a pleasure to know someone as wonderful and kind hearted as John.
Steve Denny
July 16, 2010
I was at the soccer park tonight and someone mentioned that services were going to be held next week for John. He was an icon for soccer here; I can't believe he is gone. It is fitting that he be remembered at the park. His is known for telling adults before games to remember that they had to go to work on Monday.
I can think of few men who are as well respected at John was.
Stewart Hayes
July 11, 2010
I remember John as "Mr. Brickner", principal of Black Butte Elementary school. Never before or again have I met a man with such kindness of heart and passion for life. I am honored to have attended your school.
Joel Higgins
July 10, 2010
My thoughts and prayers are with all of John's family in this time of grief. May all your special and wonderful memories of John bring you much comfort. He will be missed by his many friends.
Billie Baer
July 9, 2010
Our best wishes to the family. John and I worked for many years in FHS Boosters and I valued his opinions and committment to the program. I will miss seeing him searching for recycle items everywhere! Always a smile on his face and a hug waiting. We will miss you!
Logsdon/Rohrich Tom, Vicki, Diana & Peter
July 9, 2010
To all of John's family , I'm so sorry for your loss. He was a friend and a bridge partner. I enjoyed our little chats about his housekeeping skills and his 'trained spiders' . He was loved and respected by many in the bridge world. Thank you for sharing him with us.
Ann Stephenson aka Brainy Puppet
July 8, 2010
To all of johns family the Bachik family sends there condolences. he was an amazing reff for our whole family and was great with the children at all of our games. we will all miss him greatly.

Our sincere condolences,
The Bachik Family
Victoria Bachik
July 8, 2010
May God bless you and your family in this time of sorrow.
ahmet tekin
July 8, 2010
Dear Family and Friends of Jrbri,

Jrbri will be greatly missed by his bridge family. He will be remembered by all of us. He contributed greatly to of our lives and has given us such joy and laughter plus guidance and advice when needed.

Thank you, Jrbri for sharing many years with us. You will always be in our thoughts with feelings of love and appreciation for knowing you.

Hugs,
Gail (sunshine)
Gail Krear
July 8, 2010
Dear Ones,
John and I were regular online bridge partners for over four years. I knew him to be a person of remarkable integrity, of deep passion for his community, of his love of soccer, of his dedication to making life more palatable for others.

He will surely be missed, by me, by his dear family, and by all of those whom he touched in so many ways; with his wonderful dry sense of humor, with his way of getting right to the heart of the matter, with his no nonsense take on life. Yes...he will be greatly missed!!

Please accept my deepest condolences. I will have you all on my heart and in my prayers.

Love,
Sharon aka gardnrgirl
Sharon Morgan
July 7, 2010
Take comfort in knowing that now you have a special guardian angel to watch over you.
Burney & Diana Harman
July 6, 2010
JOHN YOU HAVE INSPIRED SO MANY KIDS THREW YOUR LIFE. THANK YOU FOR THE TIME THAT YOU SPENT WITH MY SON AND MANY OTHER CHILDREN. MY SON HAD A LONG CONVERSATION WITH YOU ON THURSDAY NIGHT AT THE GAME. HE WILL HOLD ON TO THAT MEMORY FOR A LIFETIME. TO JOHN'S FAMILY I AM TRULY SORRY FOR YOUR LOST. HE WAS A GREAT MAN

STACI
July 6, 2010
John will be missed dearly. He was inspirational to many. My condolences to the family. Sincerely, The Bushey Family
Michelle Bushey
July 6, 2010
Rest in peace Mr. Brickner.
July 5, 2010 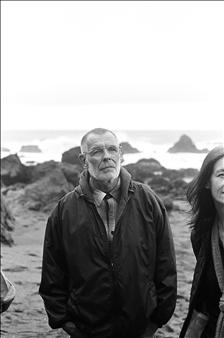 Thank you all for your thoughts and remembrances .
jeremy brickner
July 5, 2010
To John's Family,
I have known John for a very long time and I loved your Mom very much. John was always the first to arrive and the last to leave when it came to anything for kids. I worked with John on non-profits and wrestling event many years ago. I will miss his advice and quirty sense of humor. John give Carole a big hug from me. I am sure she was glad to see you and I bet she had a basket of choc chip cookies waiting for you.
July 5, 2010

Our Prayers go out to the Family. We are going to miss John with his smile,and his out going personality. We are going to Miss him here at Big League Dreams Sports Park (Redding). John Rest in Peace and We Miss You. You will be in Our Hearts Always and Forever.
Love Always,
Richard and Laurie
Laurie Wise
July 3, 2010 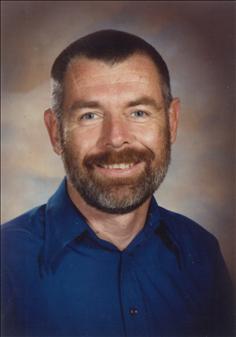 see you later
July 3, 2010
Mr. John Brickner, he is a man who will forever be in my thoughts. His personality was one of a kind and always had a way of making me smile. My thoughts and prayers are with the Brickner family. He will be missed. God Bless, Vanessa
Vanessa B
July 2, 2010
My condolences to the family. My family has known John for many years through soccer. He will be missed deeply by many. He was such a great mentor to my boys who are both referees. We will miss you on Friday nights John. God Bless and Rest in Peace. The Norris Family, Robert, Stacy, Austin, Tanner, Hunter, Logan and Kaden
Stacy Norris
July 2, 2010
My condolences to the family. I did not really know John however I knew who he was from his participation in the indoor soccer at Big League Dreams and he was always so pleasant and wonderful with my grandchilden. He seems like a really wonderful person. This is a true lose.
T Astin
July 2, 2010
We send our best to the family. My thoughts are with all of you. We carry fond memories in our hearts of both Carol and John. We'll miss you John.
The La Russa Family
Judy La Russa
July 2, 2010
Our condolences to the family. John was a great asset to the community & FHS booster's. His knowledge was priceless. I will miss his hugs!!! John-play soccer like no tomorrow, continue to quide us in your own special way & most of all, happiness & peace. Our condolences again to the family- The Nickels-Robyn, Randy & Janeille
July 2, 2010
Showing 1 - 27 of 27 results