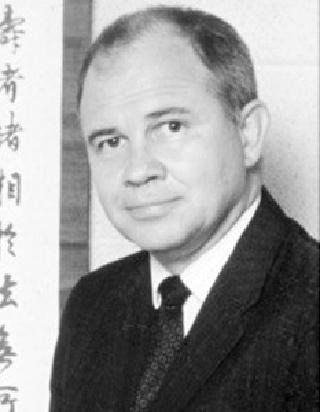 Upon leaving Duke, Burt began a long career as a history professor at NC State University. While teaching was always his favorite part of the job, he had many opportunities to travel and further his research. A Ford Foundation post-doctoral fellowship of East Asian Studies at Harvard took Burt and Pauline to Cambridge, MA, in 1959-1960. He was a Fulbright visiting professor of American Studies at National Taiwan University in 1966-1967 allowing the couple and their young daughter to live in Taipei for a year. In the following decades the family, which by then included a son, traveled throughout the U.S. while Burt conducted research for books and participated in professional meetings.

NC State recognized Burt numerous times for excellence in teaching and research and for service to the university. The Alumni Association named him an Alumni Distinguished Professor in 1970-1972. He was asked to deliver the university's annual Founders Day Address in 1976. He served as Head of the History Department from 1981 to 1985. In 1986, Burt and Dr. Murray Downs published North Carolina State University: A Pictorial History. In appreciation for their work, the Alumni Association endowed Caldwell Scholarships in their names. In 1992, the Office of Faculty Development made him one of the first recipients of the Alexander Quarles Holladay Medal for Excellence, the highest honor given to university faculty members. Finally, in 1998, the Board of Trustees awarded the Watauga Medal to Burt for significant contributions to the advancement of the university.

Burt's scholarly work was not limited to NC State. He participated in several regional and national historical organizations. Most notably, from 1977 to 1981 he was on the education advisory board of the Asia Society, an organization founded by John D. Rockefeller to promote East Asian relations. He was a member of the Historical Society of North Carolina. In 1993, the North Carolina Literary and Historical Society named him the winner of the Christopher Crittenden Memorial Award for preservation of North Carolina history. He published many books and articles and frequently collaborated with other Asian History scholars. A favorite topic of research later in his career was the rich connection between North Carolina and China, which he conducted in partnership with Dr. Lawrence Kessler of UNC- Chapel Hill.

A commitment to public education was evident throughout Burt's career. He served as editor-in-chief for two school textbooks, World History: Patterns of Civilization (1983) and Living in Our World (1998), which are still in use today. He was a consultant to the NC Department of Public Instruction for development of social studies curriculum, and he led workshops for training social studies teachers. In recognition for his body of work, the Hobart College Alumni Association awarded him the Medal of Excellence in 1994 for bringing honor and distinction to his alma mater.

Burt contracted polio in the early 1940's at the age of 14 leaving his legs severely weakened. His many accomplishments are even more remarkable considering that he walked with crutches and leg braces for his entire professional life. With support from his parents, sister, brother, and later from his wife, he never felt limited by his condition. He always focused more on the many things he was capable of instead of the few things he was not.

Burt and Pauline retired to Greenville, NC, where they aged gracefully and listened to classical music around the clock. He will be remembered for his dedication to his students and colleagues, his love of family and friends, and the positive outlook that rubbed off on everyone around him.

Burt's wife preceded him in death in 2015. He is survived by his two children and their spouses, Martha Beers Williams and Dr. William E. Williams of Greenville and Burton F. Beers, Jr. ("Biff") and Dr. Julie A. Haizlip of Charlottesville, VA, his five grandchildren, Ward Williams, Martha Ann Williams, Silas Beers, Max Beers, and Tessa Beers, and his siblings Joan Beers Shafer and Keith Beers of Chemung, NY. The family is grateful to Joe Streeter and Tamika Williams who provided tireless care and support to Burt over the last few years of his life.

Family and friends are invited to a reception to celebrate Burt's life at the home of Martha and Billy Williams in Greenville, NC, on Thursday, February 4, 2016, from 6:00 PM to 8:00 PM. The family will hold a private memorial service at St. Paul's Episcopal Church in Greenville, NC. Contributions may be made in Burt's honor to the North Carolina Symphony, 3700 Glenwood Avenue, Suite 130, Raleigh, NC 27612 or the NC State College of Humanities and Social Sciences Enhancement Fund, Campus Box 7474, Raleigh, NC, 27695-7474.

As published in The Daily Reflector
To plant trees in memory, please visit our Sympathy Store.
Published by The Daily Reflector on Feb. 2, 2016.
MEMORIAL EVENTS
No memorial events are currently scheduled.
To offer your sympathy during this difficult time, you can now have memorial trees planted in a National Forest in memory of your loved one.
Funeral services provided by:
Wilkerson Funeral Home and Crematory
MEMORIES & CONDOLENCES
7 Entries
Dear Martha and Biff,
I am so sorry that I did not learn of your father's death until recently. I worked with Burt on the textbook project at NCSU. It was my privilege to call your dad and mom my friends. What wonderful people they were! Your mom and I had the Meredith connection. I graduated from Meredith with a history degree and 4-9 education certification from Meredith in 1973. Your parents were fine examples of what a life dedicated to one another looks like. I learned so much from them about life.
I do remember meeting both of you. Your parents were so proud of you. I am sorry for your loss.
Linda W. Peterson
Raleigh, NC
Linda Peterson
October 23, 2017
I got to know Burt when working on "Living In Our World" Social Studies Series. He was a very special person in every way. My sympathy to the Beers Family.
Judy Craig
February 3, 2016 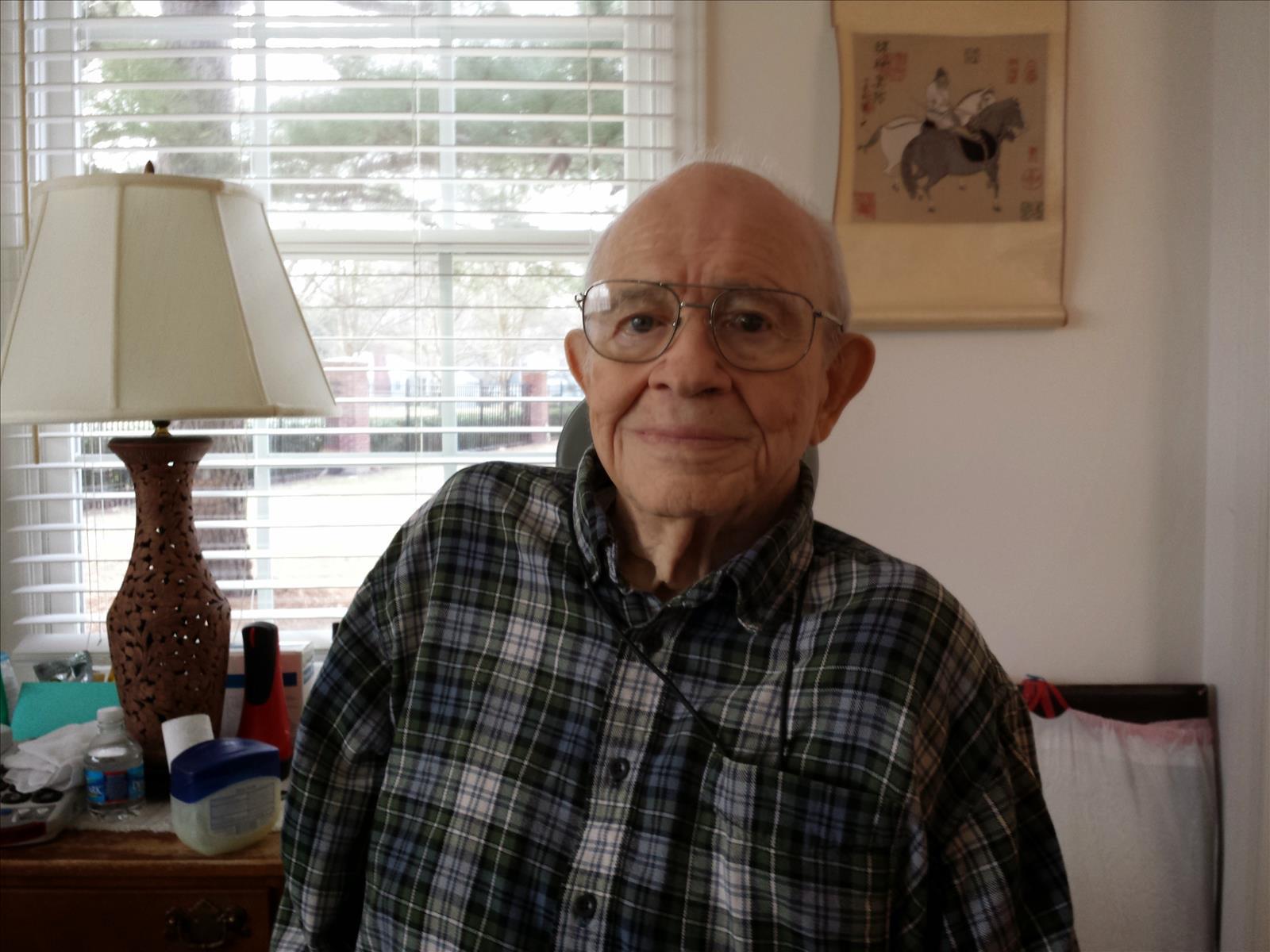 I,m going to miss him dearly, he was a friend and a father figure to me! He taught me a lot!
Joseph Streeter
February 3, 2016
So sorry for your loss. What a good long life Burton enjoyed. Many cannot say the same. He was one of those especially strong. Ps. 90:10
February 3, 2016
I'll always remember Burton and "Living in Our World - Europe and North Asia" since Burton asked me if I had any pictures form the Soviet Union that he might include in the book. I had several including some shots of churches and mosques. Those fit the points he wanted to make about the chances taking place in the old Soviet Unio n. So Burton rewrote the chapter to fit my pictures and his ideas. I think both he and I were very pleased with the result. My deepest sympathy to the Beers' family.
Bob Fearn aka Dr. Robert M. Fearn, Emeritus Professor of Economics, NCSU
February 2, 2016
One of the few to hold the gates for
liberal arts at NCSU.
February 2, 2016
Sincere sympathy for family & friends - Dr. Beers was a very nice person and he will be truly missed. My experience with him place an impact on my life in a positive way - I worked in History dept - NCSU and they helped to develop my skills on a word processor (now laptops, pads, etc.)... I was in a room with this large machine and master the computer skills. Thanks to Dr. Beers & Staff giving me a chance at my first real job - I retired from NCSU (30yrs) and now 30 yrs with N/O. RIP Dr. Beers
Annette Thomlinson
February 2, 2016
Showing 1 - 7 of 7 results