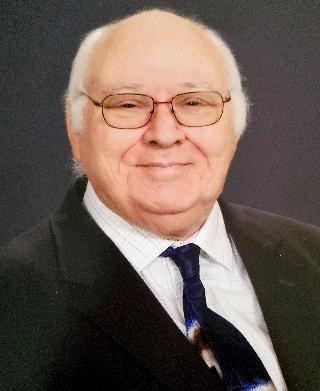 A visitation will be held at 1 PM on Thursday, February 6, 2020 at Jarvis Memorial UMC. The funeral service will be held immediately following at 2 PM.

He was born in Columbia, SC on June 7, 1943 to Charles David Cobb, Sr. and Jane Tobias Cobb. David was an Eagle Scout with BSA Troop 30, and after graduating High School, served the country in the US Navy. He earned his BS in Social Work from ECU. He worked in Real Estate Management and was a Driver's Ed Instructor for many years. David was active in his church, Jarvis Memorial UMC, where he served in various volunteer capacities including being the Head Usher and an assistant Scoutmaster with Troop 30. He also gave his time to others by serving as an EMT with Winterville Rescue and Red Oak Volunteer Fire Department.

He was preceded in death by his brother Kinchen Benton Cobb.

In lieu of flowers, the family has requested that donations be made to either Jarvis Memorial UMC or the Winterville Fire Department.

As published in The Daily Reflector
To plant trees in memory, please visit our Sympathy Store.
Published by The Daily Reflector on Feb. 5, 2020.
MEMORIAL EVENTS
Feb
6
Visitation
1:00p.m. - 2:00p.m.
Jarvis Memorial UMC
Feb
6
Funeral service
2:00p.m.
Jarvis Memorial UMC
Funeral services provided by:
Wilkerson Funeral Home and Crematory
GUEST BOOK
3 Entries
RIP OLD FRIEND, You were a fine man and early influence in my life and my business career. You'll be missed. God Speed
John Maness III
February 6, 2020
Gayle, So sorry to hear about David.
I saw you two a couple of weeks ago headed down Memorial, but turned before I could wave. May God grant you peace.
Wes Wooten
February 6, 2020
Gayle, so sorry to hear about David. Thoughts and prayers for you and your family. John and Becky Hylant