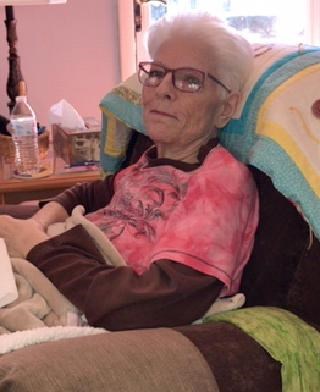 Eunice was born on September 4, 1948 and grew up near the Wise Fork (Dover) area of Jones County. She graduated from East Carolina University with a teaching degree in 1969 and went on to obtain her Master's degree in Library Science in the 1980s. Eunice taught and managed libraries for Pitt County Schools for over 35 years. She had a passion for children and their eagerness to learn.

David and Eunice Davis married in June 1969 at First Christian Church in Greenville, NC. They moved to Farmville in 1980 where Eunice began teaching at H.B.Sugg Elementary School. She was a fixture of the school for over 20 years and taught a couple of generations of children, sharing her joy of reading. After her retirement, Eunice became involved in volunteering for Pitt County Schools and being "Nene" to Jake and later Jason, both the apples of her eye.

Eunice was a member of First Christian Church, Farmville, NC where she served as a deacon and elder. She attended the Lay Academy for the Christian Church Disciples of Christ in NC to feed her hunger for the expansion of her faith and always encouraged her daughters to find their own way to do the same. Most recently, Eunice was involved with the Quilting Bees, and it brought her great joy to provide outreach though sewing. Her faith was strong and led to her wisdom and compassion for all.

Eunice was a wife, mother, sister, grandmother, friend, mentor, teacher, and most of all a benevolent woman of faith. She will be greatly missed by her family and friend; the world is a better place because Eunice Gwen Noble Davis graced us with her presence for 71 years.

The family would like to thank the Physicians East and Duke medical teams, Vidant Home Health and Hospice especially Cherry and Naomi, for their care and support. Jane Highsmith and Sarah Drake Keeney for their time and loving care during Mom's last weeks at home and Nikki Bailey Joyner for sitting vigil with family during her final days. Frank Bradham, Judy Owens, and Sallie Eason for making sure she could get to appointments during the latter part of her disease. To all those who came to see Mom during her last month, it was a great joy to her. Our lives were blessed with many laughs, smiles, and sharing of good memories. We appreciate all of the prayers over the last year and have felt the comfort and love in abundance.

The family will receive friends at the Farmville Funeral Home Saturday, February 8, from 5 until 7:00 P.M. A memorial service will be held Sunday, February 9 at the First Christian Church in Farmville at 2:00 P.M. by Rev. Morgan Daughety. A private interment will be held following the service.

In lieu of flowers, please consider a donation to First Christian Church, PO Box 205, Farmville, NC 27828 or the Alpha 1 Foundation at alpha1.org.

Arrangements are by Farmville Funeral Home. Online condolences may be made at www.farmvillefh.com .

As published in The Daily Reflector
To plant trees in memory, please visit our Sympathy Store.
Published by The Daily Reflector on Feb. 5, 2020.
MEMORIAL EVENTS
Feb
8
Visitation
5:00p.m. - 7:00p.m.
Farmville Funeral Home
4226 East Church Street, Farmville, NC 27828
Feb
9
Memorial service
2:00p.m.
First Christian Church
, Farmville, North Carolina
Funeral services provided by:
Farmville Funeral Home
GUEST BOOK
2 Entries
Dear Suzanne, Melissa & family,
Eunice was a very special person to so many people-----and she will be missed by all of them! We know you all have very precious memories of her----and we truly hope that these precious memories will comfort you all during this difficult time and as long as you need them to do so! Eunice was very loved! We are so sorry for your loss of your mother & grandmother! You all are in our thoughts and prayers! May God bless you all!
With sincerest sympathy & love,
Allen & Debbie
Allen & Debbie Humphrey
February 5, 2020
Suzanne, Melissa, Jake, Jason, Shirley, and all who knew and loved Ms. Eunice, I am so very sorry for your loss. I will continue to keep you all in my prayers as your mourn.
Sara P
February 5, 2020