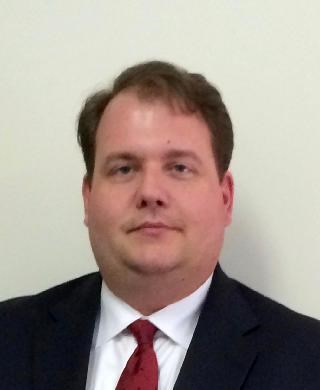 A Mass of Resurrection will be held on Tuesday at 11 AM at St. Peter Catholic Church. A private family burial will be in Greenwood Cemetery.

A native of Greenville, Jonathan was born on August 29, 1976 to Charles and Mattie Moye King Bridgers. He attended St. Peter's Catholic School and was a graduate of J. H. Rose High School, class of 1994. He received his degree from East Carolina University with a double major of History and Political Science and was inducted into the National Honor Society. In addition, he served as Vice-President of Delta Sigma Phi fraternity and continued to serve as Alumnus Treasurer. He later received his law degree from Regent University in Virginia Beach, class of 2005. He was a practicing attorney for over 10 years trying cases all over eastern Carolina. In 2014 he began his own practice and served his clients from The Bridgers Law Firm. Jonanthan was a Eagle Scout and was a member of St. Peter Catholic Church.

Jonathan had a strong silent personality. He listened to people intently and offered an intelligent comment when it was appropriate. Underneath the quiet exterior was a quick wit and a mirthful viewpoint of life that was very clever. He was always courteous, a deep thinker, extremely well read and an authentic individual. He was deeply capable in many areas. The greatest attribute that Jonathan possessed was his unwavering devotion to his Mother, Father and his two brothers. He was a doting and loving uncle and will forever be remembered by those who held him dear. To his peers he will be remembered as a well-respected attorney and friend.

The family will receive friends on Tuesday one hour prior to the service from 10-11 AM at the church.

As published in The Daily Reflector
To plant trees in memory, please visit our Sympathy Store.
Published by The Daily Reflector on Feb. 3, 2020.
MEMORIAL EVENTS
Feb
4
Visitation
10:00a.m. - 11:00a.m.
St. Peter Catholic Church
2700 E. 4th Street, Greenville, North Carolina
Feb
4
Funeral Mass
11:00a.m.
St. Peter Catholic Church
2700 E. 4th Street, Greenville, North Carolina
Funeral services provided by:
Wilkerson Funeral Home and Crematory
GUEST BOOK
7 Entries
Jonathan was a very nice person and I enjoyed working with him in the law office. My prayers go out to the family. May God comfort you during this time.
Nancy Oakley
March 9, 2020
So sad for your loss!
Walter Godwin
February 22, 2020
Mattie Moye, Charles & Family,
With Heartfelt sadness, I heard about the loss of your son, brother and loved friend. May our God of peace, understanding and love be with you as you grieve for this wonderful young man. May your testimony of devote faithfulness surround you in the days & months ahead.
Love you dearly, sweet high school friend ✝
Cindy Jo Ellington Lomax
February 3, 2020
A lawyer with a huge heart is very hard to come by. Thank you Jonathan, will be missed more than you could have imagined. Rest in Peace. Susan Miller
February 3, 2020
Mattie and Charles, my heart goes out to you and the entire family. I never had the pleasure of meeting Jonathan but I know he had to be a very nice person with parents like you. I send my love to the you and the family. I am sorry that I no longer live in Greenville because I would love to speak to you in person.
Grace Ward
February 3, 2020
Thinking of you with deepest sympathy. May God's love bring you all peace of mind and heart. Roni Johnson
Veronica Johnson
February 3, 2020
RIP Jonathan
Hobie
February 2, 2020