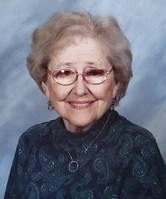 BORN
1932
DIED
2021
FUNERAL HOME
Hinchliff-Pearson-West, Galesburg
1070 West Fremont Street
Galesburg, IL
Connie Stout
Urbana - Mrs. Connie C. Stout, 88, of Urbana, Illinois, died on Wednesday, August 18, 2021, at Carle Hospital in Urbana.
Connie was born on September 14, 1932, in Quincy, Illinois, daughter of David Ross and Mary Louise (Mays) Webb. Along the way, she married Donald Tate on May 14, 1951. He preceded her in death. She later married James Stout Jr. on April 2, 1959. He preceded her in death on February 10, 2004.
She is survived by her two sons, David Tate of Austin, Texas, and Steve (Judy) Stout of Utica, Illinois, her two daughters, Debra Tate of Urbana, and Sue Stout of Palatine, Illinois. She is also survived by her five beautiful grandchildren, Matt, Mark, Dan, Evan, and Hayley, and six wonderful great grandchildren, Marleigh, Murray, Ty, Millie, Aiden, and Viviana. She is preceded in death by both parents, Donald Tate, her husband James Stout Jr., and one sister.
Connie graduated from Galesburg High School in 1950 and continued her education at Katherine Gibbs College, in Chicago, Illinois, graduating in 1951. She went on to work as a Legal Secretary for Barash and Stoerzbach Law Office for 9 years, later working for Burlington Truck Lines as a Secretary for 3 years, and Sheriton Inn in Galesburg as a Secretary for 12 years, retiring in 1982. Connie was a lifetime member of the First Baptist Church in Galesburg, a member of the American Legion Auxiliary Post #285, and was also a member of the Prairie Hub Club. Connie had many pets throughout the years and loved them all dearly, her kitten, Mandy, is now being cherished by her daughter.
Cremation will be accorded. A Graveside Service will be at 1:00 p.m., on Saturday, September 18, 2021, at Memorial Park Cemetery in Galesburg. Due to the COVID-19 pandemic, the family highly recommends those who come to the service to wear a face mask. Memorial contributions may be made to Knox County Humane Society. Hinchliff-Pearson-West Funeral Directors and Cremation Services in Galesburg is honored to serve the family. Online condolences may be made at www.h-p-w.com.