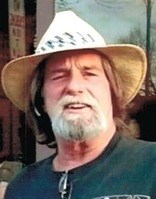 ABOUT
Knoxville High School
FUNERAL HOME
Hurd-Hendricks Funeral Homes - Knoxville
120 South Public Square
Knoxville, IL
Gerald L. Atwater
East Galesburg - Gerald L. Atwater, 67, of East Galesburg, passed away on Sunday, August 15, 2021, 9:20 AM at Allure of Galesburg.
Jerry was born on October 27, 1953 in Galesburg. He was the son of William and Leona (Ebbing) Atwater. Jerry is survived by his children, Rebecca (Dustin) Keibler of East Galesburg and Rickie Hill of Le Claire, IA; siblings, Greg (Ann) Atwater and Nancy Atwater; and four grandchildren. He was preceded by his parents and a brother, Bill Atwater.
Jerry was a graduate of Knoxville High School. He worked as a splicer for a telecommunications contractor.
Cremation rites have been accorded. A celebration of life will be from 12-2 PM on Monday, August 30, 2021 at Hurd-Hendricks Fellowship Hall, Knoxville. Private family burial of cremated remains will be held at a later date. Hurd-Hendricks Funeral Homes and Crematory, Knoxville have been entrusted with arrangements. Memorials may be donated to the A.B.A.T.E. Children's Fund. Expressions of sympathy may be left to the family at www.hurd-hendricksfuneralhome.com.
Published by The Register-Mail from Aug. 21 to Aug. 22, 2021.
To plant trees in memory, please visit the Sympathy Store.
MEMORIAL EVENTS
To offer your sympathy during this difficult time, you can now have memorial trees planted in a National Forest in memory of your loved one.
Funeral services provided by:
Hurd-Hendricks Funeral Homes - Knoxville
MAKE A DONATION
MEMORIES & CONDOLENCES
Sponsored by Hurd-Hendricks Funeral Homes - Knoxville.
2 Entries
Sorry Rebecca
DeVora Arnett
August 22, 2021
Fly High sweetie. Love you always and forever. The girls will always hold you close. .
Jane Atwater
August 22, 2021
Showing 1 - 2 of 2 results