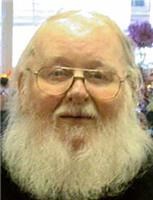 BORN
1952
DIED
2018
ABOUT
Delavan High School
FUNERAL HOME
Hinchliff-Pearson-West, Galesburg
1070 West Fremont Street
Galesburg, IL
GALESBURG - Jimmy L. Eaton, 66, Galesburg, died at 4:14 a.m. Sunday, April 29, 2018, at his home surrounded by his family and his dog, AJ.
He was born Jan. 12, 1952, in Bloomington, the son of James and Juanita "Peg" Fortney Eaton. After his father died at a young age, his mother remarried, to George Dirks. George took on the role as father and continued to raise him as his own. Jimmy married Nancy Doan on June 14, 1986, in Galesburg. She survives.
Also surviving are his father, George Dirks of Delavan; his two sons, Shane (Rhonda) Eaton of Defiance, Ohio and Tyler (Nikki) Voyles of Galesburg; his daughter, Michelle (Jimmy) Barringer of Tiskilwa; his brother, Randy (Chris) Dirks of Lincoln; his sisters, Cheryl (Steve) Zimmerman of Mason City and Linda (Gene) Sturch of Delavan; eight grandchildren and two great-grandchildren. He is preceded in death by his mother; father; and his son, Thomas Voyles II.
He served in the U.S. Navy as a seaman stationed in San Diego.
Jimmy worked as an over-the-road truck driver for over 42 years, driving millions of miles. He graduated from Delavan High School in 1969. Jimmy enjoyed NASCAR, especially Jeff Gordon. He loved to fish and loved playing cards on the holidays. He was an avid Cubs fan.
Graveside service is scheduled for 10:15 a.m. Saturday, May 5, 2018, in Oak Lawn Memorial Gardens. Deacon Michael Crummer will officiate. Visitation will be 9 to 10 a.m. Saturday at Hinchliff-Pearson-West Funeral Directors and Cremation Services, Galesburg Chapel. Memorials may be made to Hinchliff-Pearson-West Funeral Home to assist the family with services. Online condolences may be made at www.h-p-w.com.
Published by The Register-Mail on May 1, 2018.
To plant trees in memory, please visit the Sympathy Store.
MEMORIAL EVENTS
May
5
Visitation
9:00a.m. - 10:00a.m.
Hinchliff-Pearson-West, Galesburg
1070 West Fremont Street, Galesburg, IL
May
5
Graveside service
10:15a.m.
Oak Lawn Memorial Garden
IL
Funeral services provided by:
Hinchliff-Pearson-West, Galesburg
MAKE A DONATION
MEMORIES & CONDOLENCES
Sponsored by Hinchliff-Pearson-West, Galesburg.
4 Entries
My pawpaw was the funniest man I knew ❤
H E
January 23, 2020
Nancy and kids, so sorry to hear the sad news. What a good man Jimmy was, he brought a lot of laughter,and fun times, to my then young life, and the old G&W crowd........Gods Speed Jimmy
RD, Lisa Zimmerman
May 9, 2018
I will never forget ur kind heart and kind words that u spoke to me in time in my life of total confusion but u always opened ur heart and your home to those in need without judgement. Thank u uncle Jim for showing me the way that we should treat people when they are down this will always be dear in my heart.
Jay Doan
May 1, 2018
My condolences to the family. May you find comfort in Jimmy memories.
lorell
April 30, 2018
Showing 1 - 4 of 4 results