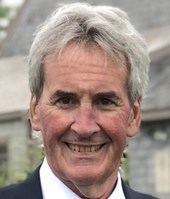 BORN
1955
DIED
2021
FUNERAL HOME
Maloney Funeral Home
55 Walnut Street
Winsted, CT
James Pirie Davidson III
JAMES PIRIE DAVIDSON III ("JIM") died at his home in Colebrook on July 30, 2021 while surrounded by his family.
Jim was born on July 12, 1955 to James P. and Helen Sattler Davidson. He grew up in Colebrook, attended the Colebrook School, and graduated from Northwestern Regional 7 High School in Winsted in 1973. He earned a bachelor's degree from Southern Connecticut State University in 1977. Jim owned Mountain Spirits Liquor in Norfolk for 30 years. After he sold the business in 2015, he joined the staff of Yale University's summer school of music and art who cared for the Ellen Battell Stoeckel Estate in Norfolk.
Jim began coaching varsity baseball at Northwestern Regional High School in 2003 and remained in that position for eighteen years, including this past season. Jim's Northwestern teams won Berkshire League titles this year and in eight prior seasons. In 2013, forty years after the team reached the state finals for the first time during Jim's senior year at Northwestern, the team vied for the State Class M Championship for the second time in the school's history. Northwestern reached the Class M state finals again in 2016 and during this past baseball season. On June 12, 2021, Jim coached what would be his final game.
Jim's love for his family surpassed his love of baseball. He was predeceased by his wife, Karen Satherlie. Jim leaves his sons, James P. Davidson IV ("Mo") and Christopher K. Davidson, a daughter-in-law, Kelsey, a daughter Kaley A., a brother Robert W. and his wife Cynthia, sisters Jane D. Montori and Kelly D. Sartori and triplet grandchildren, James P. Davidson V, Isla K. Davidson, and Shea M. Davidson. He also leaves an aunt, Mildred S. Barry of Jacksonville, FL, and several cousins, nieces, and nephews.
Jim's family would like to thank the doctors, nurses Kathy and Abby, and the other angels at the Smilow Cancer Center in Torrington, as well as Kim and Linda of the VNA of Litchfield County for their care of Jim and the family.
A celebration of Jim's life will be held on Saturday, September 4, 2021 at 12:00 noon at Maasser Park, Route 44, Colebrook, with a reception to follow. The burial will be private. In lieu of flowers, please consider making a donation in Jim's memory to "Regional School District 7," c/o Judith Palmer, 100 Battistoni Drive, Winsted, CT 06098.
Published by Register Citizen on Aug. 12, 2021.
To plant trees in memory, please visit the Sympathy Store.
MEMORIAL EVENTS
Sep
4
Celebration of Life
12:00p.m.
Maasser Park
Route 44, Colebrook, CT
Funeral services provided by:
Maloney Funeral Home
MAKE A DONATION
MEMORIES & CONDOLENCES
Sponsored by RegisterCitizen.com.
5 Entries
Sorry to here a former player and coach, teammate and friend has passed away. My condolences to the family and friends. Jimmy will always be missed but his memories will live on forever. We had a lot of good times over the years which I cherished. The Tristate baseball years were legendary. May there be no rain delays in heaven hall of famer. Love ya man. The Parrotts.
Lou Parrott
Friend
August 31, 2021
I played with Jim back in 1973 when we went to the state finals. He was a heck of a ball player and a quiet leader on our team. I hadn´t seen Jim since graduation but think back on those fun times often. My prayers go out to Jim and his family.
Gary Kurtich
School
August 24, 2021
I new Jim along time, wonderful person, prayers to family, he's with Karen now, always will remember his humor, David Bentley, Dorset Vt.
David Bentley
August 17, 2021
My wife and I are so sorry to get news of Jim´s passing. He accomplished so much in life and had much more to give. I am thankful for all he did for our Alma maters´ baseball program at Northwest Regional #7. May the Lord bless Jim and his loved ones.
Mark Kurtich
August 14, 2021
I was so sorry to hear of your loss. Jim was a friend from college and we reconnected on fb over a year ago. My thoughts and prayers are with all his family and friends. He was such a wonderful man. I shared this with some of his friends this morning: Several weeks ago I lost a college friend and only learned of his passing yesterday. The only thing he loved almost as much as his family was baseball. As I watch the news this morning and see that the "Field of Dreams" has become a reality, I can only smile knowing he has found his field of dreams, is free of the cancer he fought so valiantly, and is smiling down on all the people whose lives he touched.
Dawn Chamberlaine
August 13, 2021
Showing 1 - 5 of 5 results