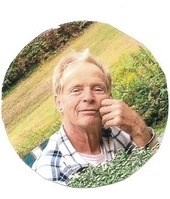 BORN
1946
DIED
2021
FUNERAL HOME
Cremation Society of Connecticut
807 Bloomfield Ave.
Windsor, CT
Robert N. "Beet" "Bob" Silvernale
Jan. 16, 1946~July 10, 2021
After a short battle with cancer, Bob, 75, died at home with Lynne by his side holding his hand.
Born in Torrington, CT to Eugene C. and Anita (Caputi) Silvernale, Bob is survived by his beloved wife "Lynnie" (Brock) of Hampton, VA, his beloved 19 year old kitty Spasmo, stepchildren Donna "Princess" Taylor (and partner Andrew Barber and his two children) of Wells, ME and Timmy Taylor of Nyack, NY, granddaughter Kelsey Lynne "little Princess" and husband Jeff White of Saco, Me. and 3 year old great-granddaughter Sawyer, sisters-in-law Carol (and Tim) Rogers of Gloucester, VA, Judy (and Jimmy) Hale of Cape Canaveral, FL, Marcia Brock (and Billy Nauert) of Roanoke, VA and brother-in-law Bradley Glenn of FL, his brother Richard "Dick" and wife Carol of Harwinton, CT, nieces Chrissy (and Chris) Soltis and their two children, Karen (and John) St. Pierre and their two children, aunt Annette Caputi, 5 cousins: Tommy, Nick, Kathy, Robert and Paulie, several 2nd and 3rd cousins; one being Dave Silvernail of Copake, NY. Bob was predeceased by both parents, his nephew Keith Silvernale and his beloved sister Donna Ann (Silvernale) Koplar. She, too, died from cancer at age 39.
Bob lived all his life in Torrington till moving to Winsted, CT in 1988 to live in the home he helped build. He graduated from OWTS in Torrington and later joined the US Navy and served during the Vietnam era from 1966-1971. He then served till May 1971 in the Naval Reserves. He took his naval training on the aircraft carrier's planes a step further and went to school for A and P aircraft maintenance. With that he continued his career at Combs Gates BDL Windsor Locks, CT, Airflyte, Inc. Barnes Airport Westfield, Ma. and retired in 2009 from Bombardier Aerospace BDL Windsor Locks, CT. He also had his pilot's license.
Bob was a maker of music; country, bluegrass and rock n' roll. He played acoustic and electric guitar and mandolin. A bluegrass band he had played with for a while won first place in 3 band contests. Let it be noted that the band had not won at all until Bob joined the band! He loved being outdoors and working outdoors, loved his Coors beer, was in his glory digging in the dirt with his 1951 Ford 8N tractor, he had a green thumb and was the best mechanic-with anything (ask anyone), he was a "puttzer" and a tinkerer, a fixer of all things. We called Bob: "Red's Wreck It."
I might wreck it but, I can fix it! He was an avid golfer in his later years after having caddied at Greenwoods Country Club in Torrington, CT as a teen. He was on the golf league in our park in Largo, FL and volunteered at the Largo Golf Course for years. Bob was the most gentle, beautiful soul you could ever meet and was loved by all who knew him. He will be terribly missed. He was an organ donor but, cancer did away with that, and, while undergoing treatments, he took part in a study that, unfortunately, could not help him, but, would help those coming behind him stricken with the disease.
In lieu of flowers, please donate in Bob's name to: Stand Up to Cancer at standuptocancer.org, operationsmile.org or to your nearest/favorite animal shelter. A memorial celebration of Bob's life will be announced at a later date.
Published by Register Citizen on Aug. 5, 2021.
To plant trees in memory, please visit the Sympathy Store.
MEMORIAL EVENTS
To offer your sympathy during this difficult time, you can now have memorial trees planted in a National Forest in memory of your loved one.
Funeral services provided by:
Cremation Society of Connecticut
MAKE A DONATION
MEMORIES & CONDOLENCES
Sponsored by RegisterCitizen.com.
6 Entries
Lynn too much too even say,hopefully we will see you soon somewhere,i just found out about memorial so I don't think we can make it. Can't say how sorry we are,lots of memories!
Bob Flagg Cindy white
Friend
October 9, 2021
Too much to say , I personally met Bob at Canaan music Fest in early 70s,so way too much to say,Lynn we hope to see you around soon.
Bob Flagg Cindy white
Friend
October 9, 2021
Lynne & Family-Very sorry to read of Bob´s passing. Hope your good memories of Bob will help you get through these difficult days. Will miss seeing him bike through Gulfview Park.
Blair & Norma McDonald
Friend
August 8, 2021
Lynn & family My sincere condolences . Bob always shared a warm hello & I will miss seeing him on his bicycle. Wow what an awesome life he had your memories you will have always Warmest regards Colleen
Colleen Kellock
August 8, 2021
Dick, Carol and Family So very sorry for the loss of your brother/Uncle. May he rest easy in the arms of our lord and savior. Linda Goff
Linda Goff
Friend
August 7, 2021
Lynn, I am so sorry for your loss. I know you will miss him so much. He sounds like a great guy. Prayers with you as you continue living your life.
Ann Goldfarb
August 6, 2021
Showing 1 - 6 of 6 results