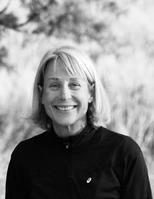 BORN
1959
DIED
2021
FUNERAL HOME
Andreason's Cremation & Burial Service Inc
320 N 6Th St
Springfield, OR
UPCOMING SERVICE
Celebration of Life
Jul, 24 2021
Send Flowers
April Patricia Anderson
01/06/1959 - 05/20/2021
Our beloved sister, April Patricia Anderson, 62, embarked on her last adventure on the evening of May 20, 2021. She passed away peacefully in the loving arms of her family. April led a very full life on her own terms, and was an inspiration to many, beloved by all.
She was born on January 6, 1959 in Fort Meade, Maryland, and grew up in Southern California. She had many jobs, but primarily was a Research Scientist, working for Becton Dickinson in San Jose, California and later Thermo Fisher in Eugene.
A lifelong traveler, April's journeys were many and varied. Whether it was trekking in Nepal, visiting her niece Erin while she was studying in Italy, traveling with her Mother and sister Karen to explore their Norwegian ancestry outside Trondheim, biking cross country from San Diego to St. Augustine or cruising on the Rhine with her entire family in 2005, she found adventure on every trip. April hiked 550 miles with her brother, Wayne in 1994, traveling through the heart of the Sierra Nevada, then returned in 2014 and 2017, walking 100 plus miles each year to complete her second round of the John Muir Trail.
The Canyon Country of Southeastern Utah was especially dear to April. In college, she worked a summer season as a SCA volunteer at Natural Bridges National Monument, sparking a lifelong love of Utah's Red Rock wonderland. Many trips followed: mountain biking outside Moab, climbing at Arches Nat'l Park and Indian Creek Canyon, Canyoneering in Bear's Ears National Monument, and backpacking into the Grand Canyon, reveling in the beauty and archeology of an area that was her father's birthplace.
April bravely faced her first bout of breast cancer in 2008. She was determined that the disease would not slow her down. When it recurred in July 2018, she faced it with dignity and courage. Her oncologist said that he'd never seen a patient who lived such a full life despite her disease, and he hadn't ever seen the amount of support provided by her friends and family. His standard opening at every appointment was, " where are you going next?"
In the nearly three years after her 2018 diagnosis , she filled the time with travel; touring throughout the western states by VW van with her spouse Meg McNabb, climbing at City Rocks in Idaho, Little Cottonwood Canyon in Utah and Tuolumne Meadows in Yosemite Nat'l Park and visiting Meg's ancestral home in Scotland. One week after she was discharged from the hospital in 2018, she was backpacking into Cathedral Lakes Basin and climbing Clouds Rest in Yosemite Nat'l Park. A month later she completed a bicycle tour down the Danube. Trips to Belize, Yellowstone in the winter and a float trip down Dinosaur Nat'l Monument's Yampa River were ticked off her list. She and Meg were married in September, and they enjoyed a honeymoon van trip down the California coast. She took one last trip 2 weeks before her passing, driving down the East side of her beloved Sierra Nevada with Meg and Wayne, and then up to Yosemite Valley and out to the Sonoma-Mendocino Coast, with a final visit to the redwoods of Humboldt County.
April always had a smile on her face, and was very empathetic, willing to share joys and sorrows with friends and family, and petted every dog and cat who came within her vicinity. People loved to help her and this was especially true in her last months, with great friends and terrific neighbors who looked after her. The outpouring of love on her passing was a great comfort to us all. She was full of joy, and had a curiosity about the world and people that was infectious. We are all better people for knowing April.
She is survived by her partner, Meg McNabb, her siblings, Karen Watson, Wayne Anderson (Patrice Dirksen) of Eugene and Marian Stauffer ( Dave Stauffer) of Yorba Linda CA as well as much loved nieces Erin Stauffer and Michelle Stauffer and nephew Geoff Stauffer (Christy, 3 year old Teddy and 1 year old Maddy). The family would also like to thank Dr Sharon Flynn, Dr Jae Lee and his staff for his expert and compassionate care, the amazing infusion nurses at Willamette Valley Cancer Institute, and Nurse Anne of Cascade Hospice, for her gentle and considerate care.
A celebration of life is planned for July 24, 2021.
Please sign the guest book at www.registerguard.com/legacy
To plant trees in memory, please visit our Sympathy Store.
Published by Eugene Register-Guard from Jun. 9 to Jun. 20, 2021.
MEMORIAL EVENTS
Jul
24
Celebration of Life
, OR
Funeral services provided by:
Andreason's Cremation & Burial Service Inc
MEMORIES & CONDOLENCES
Sponsored by Andreason's Cremation & Burial Service Inc.
0 Entries
Be the first to post a memory or condolences.