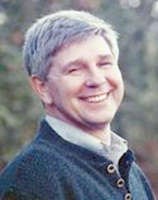 Born on in Binghamton, New York, David graduated from the University of Buffalo with a Bachelor of Science degree in Mechanical Engineering. His grandmother was proud that David was the first college graduate of the family.

David was a respected engineer whose work as owner of David W. Bogart Associates took him to many countries around the world. He had many professional certifications and titles. His major client was Mars Incorporated for whom he worked until his death. A friend and director at Mars Incorporated, Thomas M. Terracino said to David, "Your legacy will stay with many of us for years?many will also benefit from your incredible impact."

In addition to Mars, another notable client was the Gemini Observatories in Hawaii and Chile. His work with a multitude of clients also took him to the North Slope of Alaska and the Hanford Nuclear Power Generating Station in Washington. Prior to forming his own business in 1988, David worked for Liberty Mutual Insurance Company, General Motors, FMC Corporation. American Cyanamid and Marsh McLennan.

Often, David would use a teaching approach with his clients to achieve engineering goals. Even during his later years and with his speech challenges, David taught large classes at the University of Oregon where students commented "you changed my life." After teaching Shasta Middle school student's classes in photography, the teacher said, "David is a natural born teacher."

David loved people, but most important in his life was his family. He treasured his wife Anne, whom he met in Eugene and married in Hawaii. They enjoyed many of Eugene's cultural events together and traveled throughout the United States, and nine other countries. One of their favorite places was Easter Island. Anne loved traveling with David because TSA agents called him by name and with over a million air miles, they were often placed in First Class. Aneurysm surgery in 2009 left David with walking and speaking challenges and two years later, he was attacked by cancer, all requiring many trips to hospitals, doctor's offices, speech clinic and physical therapy. David said of Anne, "She has been a saint and has stuck with me through all the good days and bad."

David was also proud of his daughters and son. Elizabeth went to Manhattan College on a lacrosse scholarship and now is a kindergarten teacher in the Monroe Woodberry school district in Nanuet, New York. Megan went to Albany State College on a soccer scholarship and is a special education teacher at Pearl River School district in New City, New York. Jordan joined the Marines and served two tours of duty in Afghanistan and Iraq. Since, he has earned an associate degree and is working on his bachelor's degree while working several jobs, including a fireman for the Larchmont FD in Westchester County, New York. David's greatest joy was messages of love from Elizabeth and Megan on Father's Day and frequent calls from Jordan giving him encouragement. His only regret is that he will not see his grandchildren grow up and that he will not be able to help his children and his wife with life's little troubles.

David loved golfing and running, completing 17 marathons. His passion was photography. From 2000 to 2009, he took almost 45,000 photos and had several shows of his work. Through his Photography, David saw the beauty of everyday life, and a side of people and life this is simple and sacred.

His photographs will be shown at a memorial service on, October 18, at 3 PM at Westminster Presbyterian Church, at 777 Coburg Road in Eugene.

In lieu of flowers, you are invited to make contributions to Westminster Presbyterian Church or the University of Oregon Foundation, specifying HEDCO Clinic in the College of Education. HEDCO is home to the Speech-Language-Hearing center where David was treated.

Arrangements entrusted to Musgrove Family Mortuary. Please access the obituary and you are invited to sign the guestbook at musgroves.com

To plant trees in memory, please visit our Sympathy Store.
Published by Eugene Register-Guard from Oct. 13 to Oct. 17, 2013.
MEMORIAL EVENTS
No memorial events are currently scheduled.
To offer your sympathy during this difficult time, you can now have memorial trees planted in a National Forest in memory of your loved one.
Funeral services provided by:
Musgrove Family Mortuary
MEMORIES & CONDOLENCES
0 Entries
Be the first to post a memory or condolences.