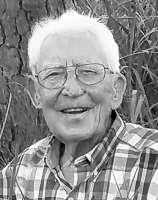 Colonel Howard E. Watkins, USAF (102), of Eugene (formerly Coos Bay) died in his sleep as a result of complications from a fall on March 25, 2017. He had been recovering well from surgery to repair his hip injury and, although he was 102, his death was unexpected and a blow to his family. Howard lived honorably and fully, and was generous in love, which is evidenced by the many who gladly called him friend, father, grandfather, brother and uncle.

Howard was born in Venango, Nebraska, the fourth of seven children born to Emory and Janie (Broughton) Watkins. He graduated from Kearney State Teachers College (now University of Nebraska Kearney) in 1938. He met his wife, Marguerite Neustrom, at KSTC and they were married December 28, 1939. Marguerite passed away in 1999 shortly before their 60th anniversary. In 2016 Howard married Shirley Sanders of Coos Bay, who tragically passed away six weeks later shortly after being diagnosed with lung cancer.

During Howard's Air Force career of 32 years, he and Marguerite had four children, Stephen E. of Veneta, OR, Christine W. Parker of North, VA, H. Eric of Eugene, OR, and Karen D. of Williamsburg, VA. They lived in eleven states, countries and territories, and set up 31 households. After he retired from the Air Force in 1965, he received his Masters in Education from the University of Nebraska. Their final move was to Coos Bay, Oregon in 1968. Howard taught science for six years at Coquille Junior High School. He moved to Eugene in January.

Howard was active in the Oregon Shores Conservation Coalition. He and Marguerite were instrumental in defending the Oregon Beach Law, among other accomplishments. He was an active member at Harmony United Methodist Church in Coos Bay for 48 years, especially enjoying the men's Bible study. He was always on the cutting edge of computer technology and was using an iPhone 6 up until his accident. He loved to travel to visit extended family, and he completed many cross-country trips with his family, the most recent in 2016.

Howard is survived by his four children, two step-children: Cathy Burton and Joe Sanders; four grandchildren, six great-grandchildren, and a sister, Dolores Sexson of Grant, NE. He was predeceased by both wives, three brothers, two sisters, and a daughter-in-law, Brunhilde.

Celebration of Life will be held at Harmony United Methodist Church, Coos Bay, OR on April 15, 2017 at 3:00. Burial will be at Nebraska's Fort McPherson National Cemetery this summer. Memorial contributions can be made to Harmony United Methodist Church, or Oregon Shores Conservation Coalition. We invite you to enjoy a tribute video produced for his 100th birthday at youtube.com (search "Howard Watkins glimpses"). 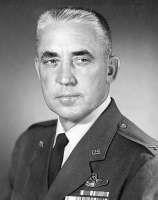 To plant trees in memory, please visit our Sympathy Store.
Published by Eugene Register-Guard on Apr. 13, 2017.
MEMORIAL EVENTS
No memorial events are currently scheduled.
To offer your sympathy during this difficult time, you can now have memorial trees planted in a National Forest in memory of your loved one.
MAKE A DONATION
MEMORIES & CONDOLENCES
8 Entries
Eric and Ann,
Sending our love to you and your family.
Reg and Carol Saddoris
April 15, 2017 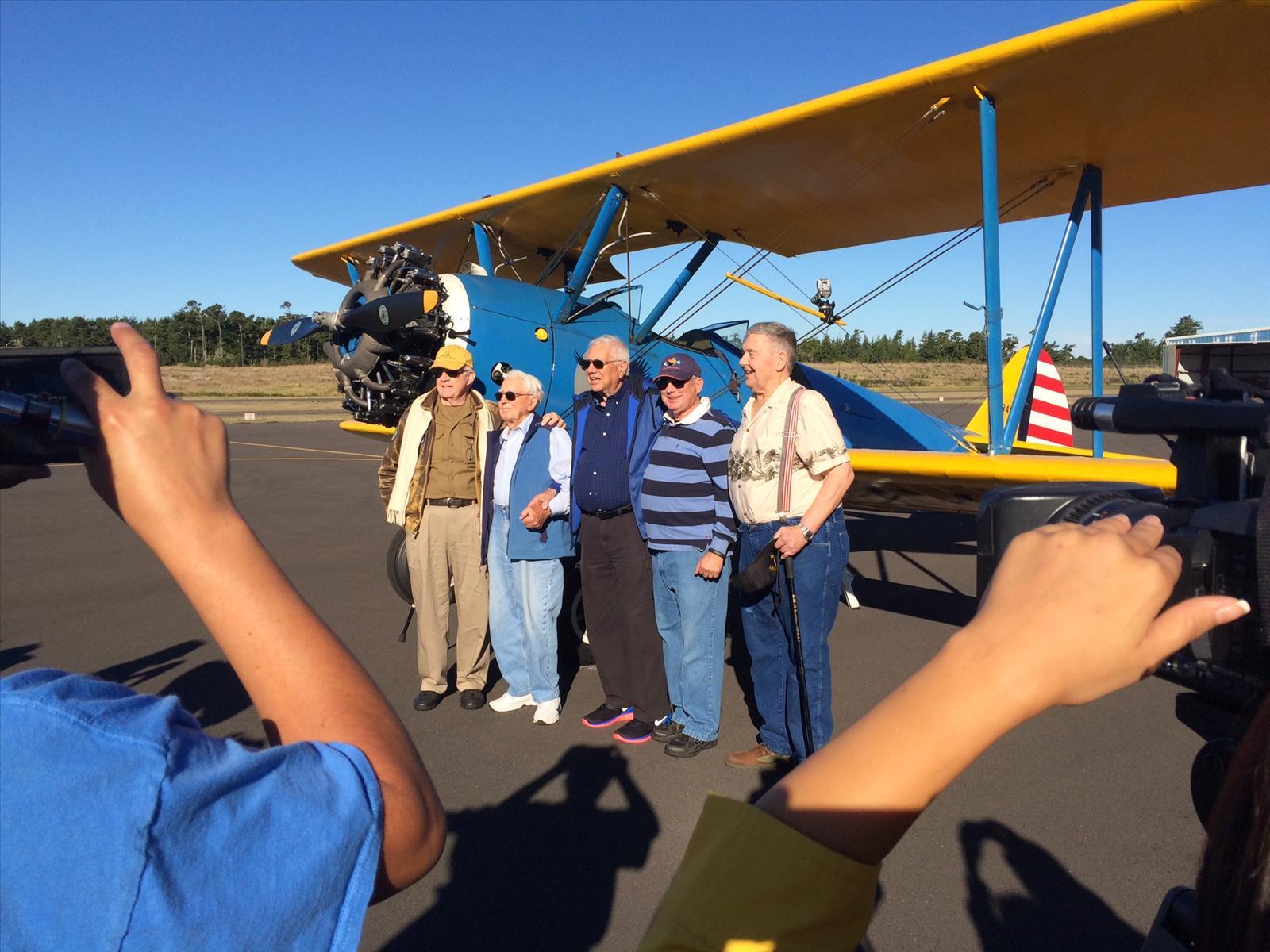 April 15, 2017
Sending tou my thoughts and prayers
Debbie McNeal
April 15, 2017
Our heartfelt condolences go out to all. Uncle Howard was always one of my most admired relatives. I enjoyed the time with him and his stories immensely. I loved the twinkle in his eye when he teased me. He was very much like my father. I will miss him very much.
Mark Watkins
April 14, 2017
Howard was my favorite sign language and speechreading student at Southwestern Oregon Community College and my respected friend. He was intelligent, helpful, pleasant, active in the community. I appreciate his efforts toward protecting Oregon's environment. The world is a better place because of Howard's contributions. My sincere condolences to his extended family.
Janet Johnson
April 14, 2017
Ann and Eric, my condolences to you both. I know Howard was a big part of your lives. Sad to hear of his passing.
Kate Morris
April 14, 2017
I never personally knew Howard Watkins, but I enjoyed getting to know about him through his daughter Karen. Many sympathies to her and the rest of the family.
Debbie Clemans
April 13, 2017 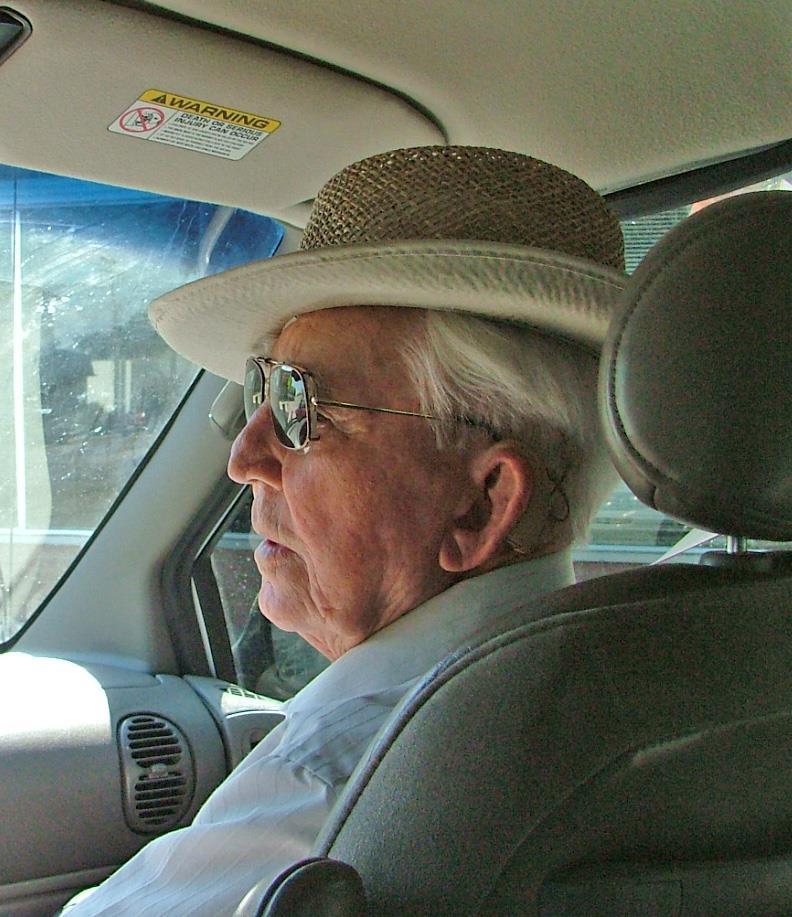 Uncle Howard was the best of the best! I will miss him so much, but I rejoice that he has joined Aunt Grete and his parents and siblings in Heaven. They will have a lot of catching up to do. Thinking of all of you, his children, and your families as you grieve for him. He was such a huge part of your lives for all of those years. How wonderful that you were able to love and be loved by him for such a long time.
Nancy Sally
April 13, 2017
Showing 1 - 8 of 8 results