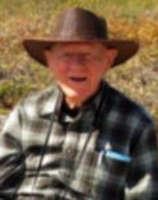 Dr. James Kieran's professional life was committed to improving the treatment of lung disease, beginning in 1944 with his internship and residency at the Columbia Bellevue Cardiopulmonary Laboratory working with Nobel Prize (1956) winning Drs. Cournand and Richards. He was a leader of his profession, serving as President of medical professional organizations including, among others, the American Thoracic Society, the American College of Chest Physicians, and the American Lung Association. In addition to his medical practice of 40 years, primarily from his private office in Berkeley, he worked as Director and Chief of Service for Pulmonary Disease Service at the Stanford University School of Medicine (1957-1960) and subsequently part time as a Clinical Professor of Medicine of the University of California School of Medicine in San Francisco until he retired.

His children will remember him for his love of sports, nature and the outdoors, his endless bird watching, and his stories of his childhood working summers on a dairy farm in Duchess County, New York. Dad had his own way of being with six youngsters, telling us, when the rowdy-ness factor was too high, "Stop acting like normal children and BEHAVE YOURSELVES!" He was undaunted by the challenges of taking us camping in Yosemite or out for twilight drives along the West Marin coastal areas where any sighting of a bird or animal would be called out by the lucky child who saw it first. At the age of 90 he could still chase his hat when the wind carried it down the beach, running after it while stretching his arm out to grab it, then, hat in hand, instinctively dropping one shoulder to the sand, landing with his hat secure and his feet in the air, like the great short stop he had played in college.

James Michael Kieran was born in Yonkers, New York on February 9, 1920 to John Francis Kieran and Alma (Boldtman) Kieran. He attended elementary and high school at the Barnard School for Boys, now known as the Horace Mann School in New York City. He received a B.A. from Yale University in 1941; and an M.D. from Columbia University in 1944. He married Evelyn Katherine Fenton on April 8, 1944 in St. Patrick's Cathedral in New York City. He served as Captain in the U.S. Air Force Medical Corps in Manila and the Philippines from 1947-1949. In 1951 he moved to Concord, California, then shortly thereafter to Oakland. In 1964 he and Evelyn divorced. In 1972 he married Sonya Mansfield and moved to Moraga, California. Sonya predeceased him in 2011. He is survived by daughters Anne Westerman (Ashland, OR), Meg Kieran (Eugene, OR ), Jane Kieran (Moraga, CA), John Kieran (Eugene, OR) and Bob Kieran (Eugene, OR), stepsons Guy Mansfield and Gary Mansfield, stepdaughters Cathy Mansfield and Crissy Mansfield,10 grandchildren and 10 great-grandchildren. His first son, James Michael Kieran, Jr., predeceased him in 2007. At the time of his death he was a lifetime member of the Point Reyes Bird Observatory and the Yosemite Natural History Association. He was a member of the Berkeley Rotary Club for 30 years.

He passed away in peace at his home of 46 years in Moraga, California. Dad's life began at one source, and like a stream making its way to the ocean, it flowed from its source with twists and tumbles in one direction or another, moved in and out of the trees and just before reaching the sea, became slow and still, until finally the wide sea welcomed him. Donations in lieu of flowers should be sent to the American Lung Association.

To plant trees in memory, please visit our Sympathy Store.
Published by Eugene Register-Guard on Nov. 5, 2018.
MEMORIAL EVENTS
No memorial events are currently scheduled.
To offer your sympathy during this difficult time, you can now have memorial trees planted in a National Forest in memory of your loved one.
MAKE A DONATION
Please consider a donation as requested by the family.
MEMORIES & CONDOLENCES
1 Entry
May your hearts soon be filled with wonderful memories of joyful times together as you celebrate a life well lived.
Isaiah 61:1
November 8, 2018
Showing 1 - 1 of 1 results