Bob was a self proclaimed "simple farm boy from Norfolk, Nebraska," who grew up to be a man who simply enjoyed life.

His personal and professional curriculum vitae was long and varied. His studies took him from Norfolk to Harvard to Berkeley to USC, and eventually to UCLA where he earned his PhD in economics. He was a distinguished member of the faculties at the University of Utah and the University of Oregon. Bob was a passionate intellectual; forever questioning, thinking, and analyzing. Throughout his years in academia he touched many a life of both student and colleague. No one will ever forget Professor Smith, with his (hand tied) bow ties, his quick wit, and his steely blue eyes.

His life was rich with travel. In the 1940s he ventured to solitary Southern Utah. In the 1940s, 50s and 60s he explored the nascent California wine country. His academic travels took him to India, Pakistan, Japan, France, Switzerland and Washington DC. In 1962 he settled with his family in Eugene, where the Oregon coast became his favorite travel destination. After his retirement from the University of Oregon, he lived for many years in Portland, and spent his last four years at Touchmark in Bend.

Bob was genuine, humble, kind, honest and compassionate. He was a life-long dyed in the wool Democrat and a fearless supporter of the underdog. He read five newspapers daily and was the consummate chef and wine connoisseur. Throughout the years, Bob enjoyed nothing more than sharing his food and wine with good friends and family.

Despite his keen intellect, he possessed a childlike sense of wonder and curiosity. Even in the darkest of times he could so easily see the light and find contentment in the simplest of things.

He will be missed by his children more than words can express. He always had their best interests in mind, and he never gave up on their dreams. When tucking them in at night would always whisper "sleep tight," which they will continue to whisper back to him for all of their days.

Bob is predeceased by his parents, Frank and Cora Smith, and his son-in-law, Steve Ley. He is survived by his three children; Annie Ley, Brooke Smith and Christopher Smith; their mother, Cecilia Casey; his son-in-law, Kelly Ausland, and three grandchildren; Will Brewster, Elizabeth Brewster and Mimi Ausland. He will also be dearly missed by his companion and best friend, Mona Key, as well as by two very special women in his life, Arlene Johnson and Patty Burke. No services are planned, and in lieu of flowers, contributions can be made in the name of Robert E. Smith to KWAX Radio, Agate Hall, University of Oregon, Eugene, OR 97403 Please sign the guest book at www.registerguard.com/legacy

To plant trees in memory, please visit our Sympathy Store.
Published by Eugene Register-Guard on May 22, 2011.
MEMORIAL EVENTS
No memorial events are currently scheduled.
To offer your sympathy during this difficult time, you can now have memorial trees planted in a National Forest in memory of your loved one.
MAKE A DONATION
MEMORIES & CONDOLENCES
14 Entries
I was a TA for Bob in 1957 at the University of Utah. I learned so much from him that there is no way to recall it all. I respect him immensely.His institutional economics arguments were always sound and enlightening.
J. Kaye Faulkner
April 26, 2012 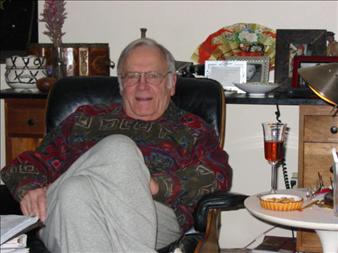 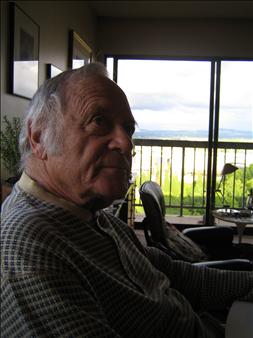 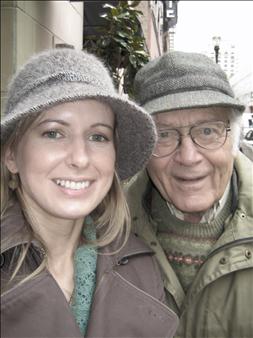