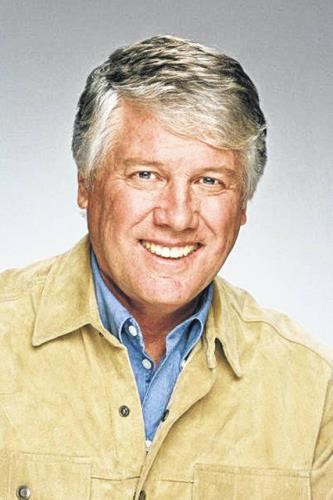 He is survived by his wife of 55 years, Sandi, his sons William Hazen and Joseph, his grandchildren Hannah and Hazen as well as his brother Jim and sister Mary Ann.

Hildebolt was born on Dec. 7, 1943, in Richmond, Indiana. He grew up in Eaton, graduated from Eaton High School in 1962 and then attended Ohio State where he received a bachelor of science in Food Technology, and then went to earn Masters and Doctorates in Food Science. After graduating from Ohio State in 1969, he joined the Campbell Soup Company in Camden where he eventually rose to be Vice President of Product & Development. During his time at Campbell Soup he helped develop several products, most notably Prego tomato sauce which became one of the most successful grocery product launches of the early 1980s. Hildebolt joined RJ Reynolds Tobacco in 1985 as the Vice President of Research & Development where he served for seven years. Over his professional career, Hildebolt was awarded over 20 patents.

In 1994, Hildebolt started Nature's Select Premium Turf Services where he pioneered biologically enhanced lawn care services which continues to be in use today. During his time running Nature's Select, Hildebolt also served on the Board and as the President of the Professional Lawncare Network (PLANET).

After retiring from day to day responsibilities at Nature's Select, Hildebolt oversaw the rebuilding of the main homestead on the family farm in Eaton. That farm is now one recognized as a Bi-century Farm in Ohio, meaning it has stayed in the same family for over 200 years.

Hildebolt was deeply involved with Ohio State, where he served on the Research Foundation Board from 1986 to 1989, was named one of the "100 Buckeyes You Should Know" in 2012 and was awarded the Distinguished Alumni Award by the College of Food, Agriculture and Environmental Sciences. He and his wife Sandi have been benefactors to the University including funding the Hazen and Anna Jane Hildebolt Memorial Scholarships as well as gifts to Ohio State's Food Technology School.

Hildebolt published two books, "The Professional Entrepreneur" and "It's In There," a history of the development of Prego with all of the proceeds from both books funding scholarships. Hildebolt was an avid woodworker whose cutting boards and other handcrafted wood products are treasured by family and friends alike. He loved to travel and visited many countries around the world.

Memorial sServices will be held in North Carolina and in Eaton, at a later date. Inurnment will be held in Mound Hill Cemetery in Eaton. Local arrangements entrusted to Barnes Funeral Home, Eaton.

Published by The Eaton Register-Herald from Mar. 30 to Mar. 31, 2020.
To plant trees in memory, please visit the Sympathy Store.
MEMORIAL EVENTS
To offer your sympathy during this difficult time, you can now have memorial trees planted in a National Forest in memory of your loved one.
Funeral services provided by:
Barnes Funeral Homes, Inc. - Eaton
MAKE A DONATION
MEMORIES & CONDOLENCES
2 Entries
Sandi...John and I are deeply saddened with Bill's passing. He touched so many people's hearts! God bless you and your beautiful family!
John and Barbara Stropko
April 10, 2020
Sandi - You and your family are in my thoughts and prayers. Its been many years since our Salem days but I still remember you fondly and stories of Prego! Peace and blessings, Cindy Farris
April 2, 2020
Showing 1 - 2 of 2 results