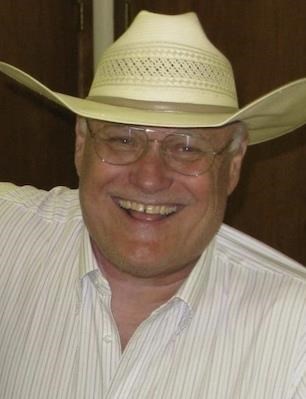 Abilene - Bobby Mac Reeves, originally from Woodson TX, passed away peacefully at his residence in Abilene, Texas on April 14th, 2021.

He was born on October 29th, 1952, to J.B. and Nellie Reeves in Throckmorton, Texas. He played football for Jim Ned and Cooper High Schools before going on to play at Rice University in Houston, Texas. He was also an honorary graduate of Baylor University in Waco, Texas.

More importantly he was a great dad, grandad, brother and friend. Bobby Mac loved his family and friends and truly impacted the lives of people that he met. He was definitely a memorable person, to say the least. Bobby lived life to the fullest and had a smile that would light up the room.

Bobby grew up in Woodson until the 4th grade. He loved this small Texas town and everyone in it. He was proud of where he came from and always said, "Put your hand on your heart when you say Woodson."

In lieu of flowers, donations can be made to M.D. Anderson Cancer Research Center - Kids Ward where Bobby Mac frequently visited the sick kids during his football playing days at Rice University or Meals on Wheels in Abilene. He will be greatly missed.

To plant trees in memory, please visit our Sympathy Store.
Published by Abilene Reporter News from May 10 to May 11, 2021.
MEMORIAL EVENTS
No memorial events are currently scheduled.
To offer your sympathy during this difficult time, you can now have memorial trees planted in a National Forest in memory of your loved one.
Funeral services provided by:
North's Funeral Home
MEMORIES & CONDOLENCES
Sponsored by North's Funeral Home.
14 Entries
He was such a character..Always had a smile and could always make me laugh. A personality bigger than life. A smile like a ray of sunshine. A great friend I didn’t get to see often enough. Lifelong friend, you will be missed. Rest in Peace.
Prayers for the family.
Connie Jane Pevey
Connie Pevey
Friend
May 14, 2021
This has been such a loss for us all! Bobby Mac Reeves from Woodson TX was a big part of my life and his passing kinda took the wind out of my sails. But like he used to say “I’m too old to run, so I guess I’ll just stay and fight!” You fought the good fight my friend. I will miss you always.
Kristy
Friend
May 14, 2021
You were a wonderful friend you always made me laugh! You will be truly missed
Lisa Stewart
Friend
May 13, 2021
Bobby was the biggest, loudest and most fun man in town. A girl couldn’t help but smile when Bobby Mac was at the end of the bar.
Lucky
Friend
May 13, 2021
He will be greatly missed by the Whitaker family! Our families were so close, I thought we were related for the first half of my life! Precious memories for sure. Rest in peace sweet Bobby Mac.
Suzanne Whitaker Morrell
Friend
May 12, 2021
A friend to me and my entire family. We will miss this good man.
Art Brown
Friend
May 11, 2021
You will be missed so very much. You always had the best hugs. I'll love and miss you always. So thankful you are pain free and with
our precious Jesus!!!!
Michelle Stewart
Friend
May 11, 2021
May the love of friends and family carry you through your grief.
Zelda Barslow
Friend
May 11, 2021
Bobby was a great guy, very much a hard working Man and gentle and would always greet me, with hello. We had some good talks through the years and later in life we we would chit chat when we ran into each other.
Rafael Garcia
Friend
May 11, 2021
He was a great friend that will be missed !! Love ya Bobby Mac!!
MelindaPrew
Friend
May 11, 2021
Missing you, Bobby.
Friends Forever...
Teddy
Classmate
May 11, 2021
His laugh was so big. His smile lite up the room. If you ever met him you would never forget him. Love you old friend
Friend
Friend
May 11, 2021
Everyone loves old Bobby,
I sure know I do,
I'm kinda sad I didn't go see him recently......
God bless you Bobby and all those you've left behind
Johnny Barnard
Friend
May 11, 2021
Such a great loss to all our family. His laugh and "story" telling will be missed. One day I'll meet you at the river with JB and my Dad. Times that will never be forgotten. Such a great man that will be missed by everyone. RIP love you Cuz.
Charles Leo
Family
May 11, 2021