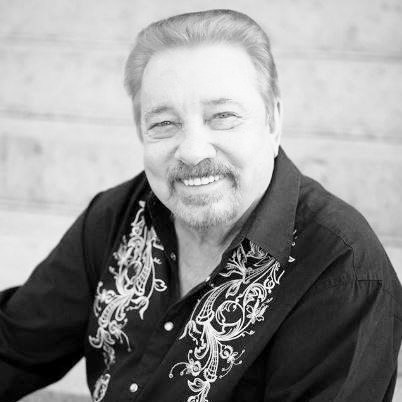 Curtis was born on April 18, 1940 in Cross Plains, TX to the late Lee Potter and Annie Simons Potter. He was one of seven children and the last surviving child of Lee and Annie. He married Pat Bratton on June 23, 1960 in Abilene, TX. They shared 55 wonderful years together.

Curtis, at the age of 16, was given his own radio television show on KRBC in Abilene and was part of the Bill Fox and Slim Willet shows. In 1959, Potter joined the Hank Thompson organization. Thompson was impressed with the young vocalist and invited him to front the Brazos Valley Band and play bass guitar for him. In the thirteen years that Potter was with Hank, he traveled all over the United States, Europe, the Far East and even a much sought after Carnegie Hall appearance.

In 1984, Curtis helped to form Step One Records in Nashville. Step One would become the largest independent label in the world releasing projects on Gene Watson, Ray Price, Kitty Wells, Hank Thompson and Clinton Gregory. He is a member of the Texas Country Music Hall of Fame and Western Swing Hall of Fame. Curtis attended Westgate Church of Christ.

In 2005 he joined Heart of Texas records releasing 6 projects. His last professional appearance was December 31, 2015 in Brady, TX.

In lieu of flowers the family request memorials be made to the Heart of Texas Country Music Museum, 1701 South Bridge Brady, TX, 76825.

Published by Abilene Reporter-News on Jan. 26, 2016.
To plant trees in memory, please visit our Sympathy Store.
MEMORIAL EVENTS
To offer your sympathy during this difficult time, you can now have memorial trees planted in a National Forest in memory of your loved one.
Funeral services provided by:
Elmwood Funeral Home & Memorial Park
MAKE A DONATION
MEMORIES & CONDOLENCES
14 Entries
Miss you old Bingo buddy,
Prayers go out to Pat and children.
Billie Roys
Friend
May 31, 2020
Curtis is the rare country music giant without a fancy marketing plan, without something to hype or sell, and without compromising what was at his core. He will remain a compelling voice for generations to come. I wish I had met him. God Bless him and his family. Gary Hoetker, Bakersfield, CA
May 28, 2016
Tommy Stephenson
April 24, 2016
Enjoyed listening to his music because it is true country music. I would see him on and Tru-County. prayers for you aal.
Carol Smith
February 19, 2016
Matti Friberg
February 8, 2016
Pat
I am so sorry for your loss and I was so shocked when I got the news. My prayers are with your family. We sure enjoyed picking on each other and I'm so glad we had a chance to be together at the Edna show.
liz talley
January 26, 2016
My condolences to the family. The Angels shall enjoy his beautiful voice now.
Charlie Hanna
January 26, 2016
Pat and Family, we are so sorry to hear about Curtis' death, our heartfelt sympathies go out to you. We think of you often with lots of fond memories.
Velma(Vance) Schmidt and Nita (Vance) Moore
January 26, 2016
Shane,
May God's love carry you and your family through this time of loss. Your Dad was a very talented man and will be greatly missed.
Dick/Karen Godbout
January 26, 2016
Danced a many a mile to his music. May the Lord be with you and yours at this time and always
Duke & Cindy Gilleland
January 26, 2016
A great legend of music.. May you always play on...
Laura Holeton
January 25, 2016
You will be deeply missed. Love to all from the Cabe Bratton family.
January 25, 2016
We love everyone there, and hate to hear of your loss. There is a special place in heaven for Curtis and everyone will gather round and listen to him sing! Love from the Cabe and Laura Bratton family.
January 25, 2016
Our condolences to the family.We are sorry for your loss.
Randy & Betty Potter
January 25, 2016
Showing 1 - 14 of 14 results