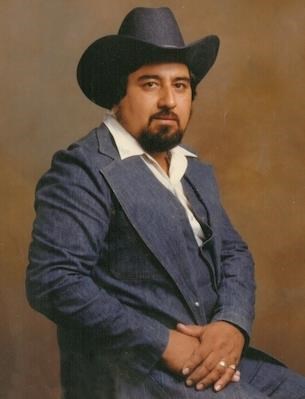 A Rosary and Celebration of Life for David will be held on Thursday, May 13, 2021 at 6:00 PM in the Chapel of Elliott-Hamil Funeral Home. Interment will be the next day at 1:00 PM in the Waelder Community Cemetery in Waelder, TX where he will be laid to rest next to his cherished mother. Family and friends are invited to a visitation on Thursday from 4:00 PM until time of Rosary at the funeral home.

David G. Olmos was born on July 6, 1945 to the late Catarino and Petra(Guajardo) Olmos in Moulton, Texas. He was raised on the family farm with his 11 other siblings. His father passed at an early age David along with his siblings had to learn the value of hard work to help sustain the family. He relocated with his family to Abilene, Texas around the early 1960's. He met and married Margaret Arellano in 1964. They established roots and raised their family in Abilene. He began working for the City and later began his career as a Butcher. His hard work and attention to detail led him to lead a successful career working for such companies as Gooch, Runyan, and Felix, and finally starting his own business S&O Packing in Clyde. Where he provided meats for most of the establishments in Abilene. During this time he also became an active part of the community helping with many philanthropic causes. He grew up in a Catholic family, and affiliated with Sacred Heart Church in Abilene. He retired to Flatonia TX, never one to remain idle he started a new business venture Olmos Bar. He returned to Abilene in 2014 to be closer to his family. He will be remembered for his love of family, instilling values and ethics into the lives of his children. He especially loved spending time with and spoiling his grandchildren. He was the life of the party and never a dull moment when he was around. He lived life big and relished in any opportunity to splurge and create special memories.

He was preceded in death by his parents; his daughter, Catherine Zapapta; grandson, David Lee Olmos; and many of his siblings.

He leaves to cherish his memory, his beloved children, David Olmos, Jr. and his wife Laurinda, Martin Olmos and Misty Hoover, Robert Olmos, Sandy Watson and her husband Robert and James Prado and his wife, Deborah; 21 grandchildren; 32 great-grandchildren; his brothers, Frank and Domingo Olmos; and his former wife, Margaret Nieto; numerous nieces, nephews, cousins and friends.

To leave condolences to the family please visit, www.elliott-hamil.com