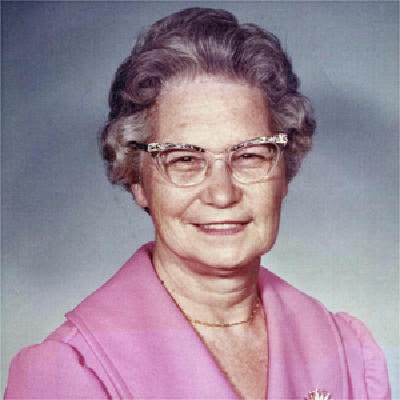 Doratha Iola Webb, 90, passed away Thursday, November 21, 2013, in the comfort of her own home. She is now walking in the arms of her Savior.

Doratha was born January 25, 1923 to Clyde Hicks and Iola Buchanon Hicks in Abilene, Texas. She was a homemaker, who enjoyed making ceramics.

Doratha was preceded in death by her parents; her beloved husband, Mack Dee Webb; and two sons, Dan and Odell Webb.

Published by Abilene Reporter-News on Nov. 24, 2013.
To plant trees in memory, please visit the Sympathy Store.
MEMORIAL EVENTS
To offer your sympathy during this difficult time, you can now have memorial trees planted in a National Forest in memory of your loved one.
Funeral services provided by:
Community Memorial Funeral Home
MAKE A DONATION
MEMORIES & CONDOLENCES
8 Entries
R.I.P DORATHA You was an angel to me. I just learned last Sunday 7/20/2014 THAT YOU PASSED AWAY. SO SORRY I MISSED THE OBITS. PRAYERS TO THE FAMILY OF DORATHA and we'll have our reunion in HEAVEN, Barbara Webb Allen
Barbara Allen
July 21, 2014
Nannie you will be miss I love you..you are my angle..never will be forgotten
Paula Wyant
November 25, 2013
To nannie, Darla and Robert love you! Your now in heaven watching over us. We will miss you! Rest in peace!
Darla Webb
November 25, 2013
To Paula, family and friends sorry for your loss. Truly a lady with a heart of gold who will be missed. R.I.P
Devin Austin
November 24, 2013
You are my hero. Until we meet again. Rest in peace. I love you.
April Phillips
November 24, 2013
My prayers go with you all for your loss, may Jesus comfort you. And she is resting in peace.
.
Carol Sutton
November 24, 2013
Lucian and Luther, I send my condolences to you and yours. You guys are in my prayers today!
Dee Woodyard
November 24, 2013
Lucian, we were so sorry to read of your mother's death. You and your family will be in our thoughts and prayers. We remember you with fond memories.
Jim and Leilani Salisbury
November 24, 2013
Showing 1 - 8 of 8 results