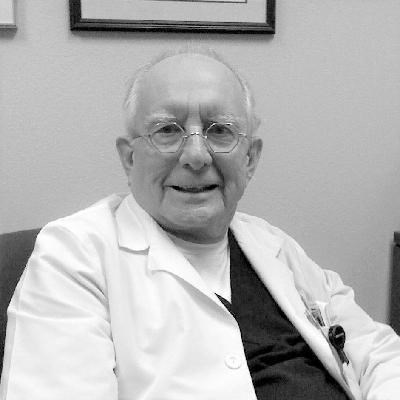 Jack Delano Bargainer M.D. died peacefully on August 15th, 2018. Funeral services will be held at 11 AM on Saturday, August 25th 2018 at The Episcopal Church of the Heavenly Rest in Abilene with the Right Reverend James E. Folts, retired, officiating. A private interment of ashes will be held in the Heavenly Rest Columbarium following the service. Arrangements are by The Hamil Family Funeral Home, 6449 Buffalo Gap Road.

Jack Bargainer was born in Baytown, TX on November 18th, 1935 to Ashley Tilmon Bargainer and Lila Mae (Baker) Bargainer. He graduated from Robert E. Lee High School in Baytown and The University of Texas at Austin. Jack continued his education at Johns Hopkins School of Medicine, achieving a Doctor of Medicine in 1961 and a residency in internal medicine in 1963. He completed a cardiology residency at Vanderbilt University in 1965.

In 1966 Jack was drafted into the U.S. Army and served during the Vietnam War as the Chief of Medicine at the U.S. Army 5th Field Hospital in Bangkok, Thailand. Major Jack Bargainer received The Army Commendation Medal. In 1970 Jack and his family moved to Abilene, TX and he joined Cardiology Associates (subsequently Abilene Diagnostic Clinic).

Dr. Bargainer was the first interventional cardiologist in Abilene, establishing the first cardiac catheterization lab at West Texas Medical Center and performing the first heart catheterization in Abilene in 1970. In 1985, Jack was a founding partner of Cardiology Consultants. He was a Fellow of the Society for Cardiovascular Angiography and Interventions (Emeritus). Dr. Bargainer retired from Cardiology Consultants in 2011 after more than 40 years of providing cardiac care to the patients he loved.

Jack's impact on Abilene and the Big Country was both broad and deep, his patients adored him, his colleagues trusted and respected his judgment and admired his ability to communicate the human principles of healing to both his patients and the community. His ethical and moral standing and personal humility was outstanding and served as an example to many he mentored. Our loss is immeasurable.

In lieu of flowers, contributions in Jack Bargainer's name may be made to Global Samaritan Resources, Hendrick Hospice Care, or Meals on Wheels.

Memories may be shared and condolences submitted online at: www.HamilFamilyFuneralHome.com.

Published by Abilene Reporter-News from Aug. 19 to Aug. 24, 2018.
To plant trees in memory, please visit the Sympathy Store.
MEMORIAL EVENTS
Aug
25
Funeral service
11:00a.m.
The Episcopal Church of the Heavenly Rest
Abilene , TX
Funeral services provided by:
Hamil Family Funeral Home
MAKE A DONATION
MEMORIES & CONDOLENCES
Sponsored by Hamil Family Funeral Home.
5 Entries
A very late condolence from me, Clyde L. Olson M.D., a classmate of Jack while we were at Johns Hopkins. Always had a smile, always seemed in good spirits, loved Texas, often wore a great pair of boots and was a fierce competitor. Am sure he was a solid professional as his obituary attests. Deep condolence to the family and fond memories of their husband and father. Rest peacefully in the bosom of the LORD, Jack.
Clyde Olson
January 24, 2019
My heartfelt sympathy goes out to your entire family. Please know that the God of all comfort has loving concern for you at this time, at Psalm chapter 34 verse 18. I know you will miss your precious loved one every day, may God give you strength, peace and loving memories. Ann Smith
August 30, 2018
I am so sorry for your loss. May God's promise sustain you during this difficult time (John 6:40)
August 20, 2018
So sorry for your loss. He was a wonderful doctor. Took great of my mama flora smith
Nancy Tijerina
August 19, 2018
Dr. Bargainer was a gifted physician and teacher. I enjoyed all of our talks and am blessed to have learned so much about medicine from him. Condolences to his family and friends.
Lisa Vannoy
August 18, 2018
Showing 1 - 5 of 5 results