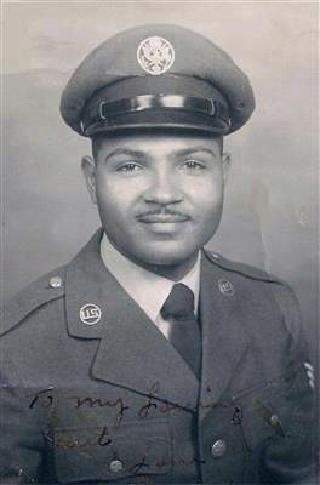 James was born in Hickman, KY to Angeline (Cross) and Elliott Amos on the 16th of August, 1932. He completed high school in 1951 and graduated from Cisco Junior College in 1979. James retired from the U.S. Air Force on January 1, 1972 and was employed by the City of Abilene and Aleen Inc. He then worked as the Director of Security for 18 1/2 years.

You may view and sign the guestbook at www.communitymemorialfh.com

Published by Abilene Reporter-News on Nov. 12, 2014.
To plant trees in memory, please visit the Sympathy Store.
MEMORIAL EVENTS
To offer your sympathy during this difficult time, you can now have memorial trees planted in a National Forest in memory of your loved one.
Funeral services provided by:
Community Memorial Funeral Home
MAKE A DONATION
MEMORIES & CONDOLENCES
18 Entries
I love u Grandaddy an miss u very much I wish I could talk to u see u one more time I feel lost with out u hear I know ur my angel now that's what keeps me going I love u granddaddy
Rashod Amos
June 19, 2015
*A great soul serves everyone all the time. A great soul never dies. It brings us together again and again. ~Maya Angelou

Teresa, Rodney, Sandy and James Jr. I know the pain that you are feeling. I wish that i could be there. Just want you all to know that i love you all dearly. We are all we have now, lets come together as our parents did. Love, Lisa Robey - 6734 Medallion Drive Indianapolis IN 46260 please keep in tough 317-937-2941
Lisa Robey
November 19, 2014
Gone but never forgotten.
Patricia Murray
November 17, 2014
God is near to those calling on him he hears their cry for help and he rescues them Psalms 39:12.
November 15, 2014
We will truly miss the laughter and jokes of Uncle Amos. He shared his experiences and wisdom with us and for that he will be dearly missed. God needed someone to make him laugh, now he has our dear Uncle. We Love You dearly. The Key family
Dana Key
November 15, 2014
Sorry for your lost he will be miss. May you all have peace.
wilma pervis
November 14, 2014
Sorry for your lost he will be miss. May you all have peace.
wilma pervis
November 14, 2014
To James and the rest of the Amos family. My condolences to you at this time for your lost. May Christ comfort you at this time and may his peace surround your hearts. May The Lord continue to bless each of your lives with the gift he gave to you that only you had a opportunity to experience personally in knowing him in an intimate family atmosphere. Hold on to that memory and cherish it. Now unto the only wise God that is able to keep us and present us faultless before his presence in glory. The only wise God both no and forever, be dominion, power and glory forever. Amen
Fred A Taylor Jr.
November 13, 2014
Praying for you and your family. Coach Burton
November 13, 2014
We will not forget you. Love always
Pamela Amos
November 13, 2014
As the days and weeks pass, and as you return to life's routine, may you continue to feel comforted by the love and support of family and friends.
rhonda smith
November 13, 2014
May God bless you and your family in this time of sorrow.
rhonda smith
November 13, 2014
Please accept my condolences. May the wonderful memories of him sustain you until God's promises are fulfilled.
John 6:40
November 13, 2014
Mary-James, I love you. Will always remember the fishing trips. So many beautiful memories. Praying for you. Love Virchie
Virchie Key
November 12, 2014
I worked with James as a security guard in the late 70s to the 80s.he was a very good man.Enjoyed working with him.Will miss him.
November 12, 2014
Enjoyed working with James for 13 yrs. at Hendrick Medical Center. Always cheerful.
November 12, 2014
Amos took care of my grandmother, mother, all 3 of my sisters as well as myself as we all worked at Hendricks. He always made sure we got to our cars safely. He was a wonderful man. Very kind and always helpful. Because we all worked there he treated us like family. Even my husband remembers him fondly. Prayers for your family.
Pamela Maxwell-Sites
November 12, 2014
I worked with Amos for many years at Hendricks. He was always smiling and laughing. I've missed seeing him for years. Prayers for the family
Karen Hamilton
November 12, 2014
Showing 1 - 18 of 18 results