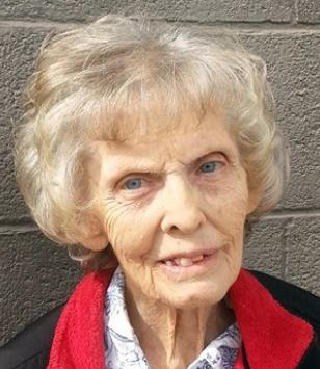 Mae Bell Harris Clark, 83, passed away Sunday, April 6, 2014 at her son's home in Merkel. Funeral services will be held at 1:30p.m. on Thursday, April 10, 2014 at Community Memorial Funeral Home Chapel, 1443 North 2nd Street in Abilene, with burial following in Cedar Hill Cemetery under the direction of Community Memorial Funeral Home. Visitation will be held 6:00pm to 8:00pm on Wednesday at the funeral home.

Her passions included taking care of her kids, grandkids, and great-grandkids. She will be remembered as very loving and caring and was always there for her family no matter what the needs were. Mae loved watching westerns and was a member of the Kingdom Hall of Jehovah's Witness.

Preceding her in death were her parents; her husband; a son, Tommy Lee Clark; two brothers; and three sisters.

You may view and sign the guestbook at www.communitymemorialfh.com

Published by Abilene Reporter-News on Apr. 9, 2014.
To plant trees in memory, please visit the Sympathy Store.
MEMORIAL EVENTS
To offer your sympathy during this difficult time, you can now have memorial trees planted in a National Forest in memory of your loved one.
Funeral services provided by:
Community Memorial Funeral Home
MAKE A DONATION
Please consider a donation as requested by the family.
MEMORIES & CONDOLENCES
4 Entries
May God bless you and your family in this time of sorrow.
Eugene and Diana Kahl
April 10, 2014
I am so terribly sorry for the lost your family has endured. I love you Ron And Becky. If you need anything let me know
Bonnie Mae
April 8, 2014
I was so sorry to hear of your loss. Please let me know if there is anything I can do to help at this time.
Shawndalyn Myers
April 7, 2014
miss and love you grandma
Stefanie Clark
April 7, 2014
Showing 1 - 4 of 4 results