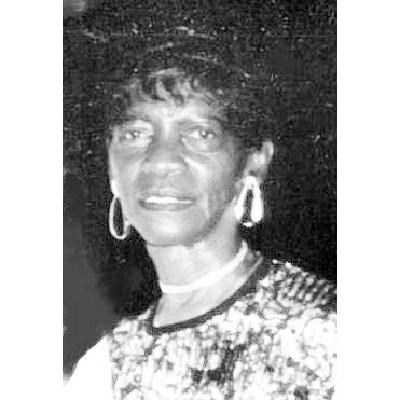 Patricia was born on May 23, 1936 to Ira Johnson, Sr. and Lillie Mae Stevens. She loved fishing, playing cards, and playing bingo. Patricia worked as a foster grandparent at the Abilene State Supported Living Center for 15 years and also won the Grandparent of the Year Award during her service there. She had also worked as a trainer at U.S. Brass for 27 years. Patricia was a member of New Fellowship Baptist Church and had many close friends in our community.

You may view and sign the guestbook at www.communitymemorialfh.com.

Published by Abilene Reporter-News on Apr. 4, 2015.
To plant trees in memory, please visit the Sympathy Store.
MEMORIAL EVENTS
To offer your sympathy during this difficult time, you can now have memorial trees planted in a National Forest in memory of your loved one.
Funeral services provided by:
Community Memorial Funeral Home
MAKE A DONATION
MEMORIES & CONDOLENCES
5 Entries
Hey Nenaw its been 3 years since you left us I miss you very much you were the one and only person that really understood me I love you so much I miss you very much R.I.P. my angel
Akearha Montgomery
Grandchild
March 28, 2018
You are in my prayers
oscelia selman
April 4, 2015
Nenaw your the best and always will be the best
akearha montgomery
April 4, 2015
You are in my prayers always
larry jackson
April 3, 2015
Sorry for your loss Larry and Tammy
April 3, 2015
Showing 1 - 5 of 5 results