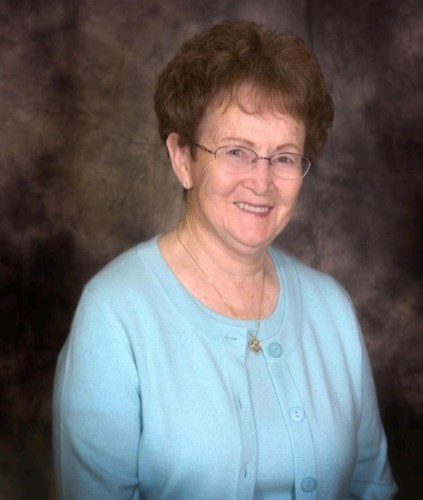 Cleo was born in Teasdale, Utah on July 14, 1929 to Amos and Annis McInelly Coleman. Her brother Cecil was born in 1934. When Cleo was five years old, her mother unexpectedly died leaving her father with two young children. He felt unable to raise them so their care fell to their grandparents McInelly in the Shelley area. Cleo attended school in Firth and graduated from Firth High School.

On November 27, 1946 she married her eternal sweetheart Royal Jay Rowley. They made their home in Shelley and raised their four children there - Terry, Dan, Mike, and Janis.

On February 16, 1963 Jay and Cleo had their marriage solemnized in the Idaho Falls Temple of the Church of Jesus Christ of Latter-Day Saints. Their children were also sealed to them on that day. From that time forward, church service was very important to Cleo. She served in many capacities and loved the friendships that she made while ministering. From1994 to1995, Cleo and Jay served in the New Mexico Albuquerque Mission, mainly tending to the needs of the Native American people from the Navajo and Hopi tribes. Their mission was difficult, but a tremendous learning experience and they made many new friends. After their faithful service they were happy to return home and be surrounded by family. Cleo once said, "I love to travel, but I always want a home to 'come home' to".

Cleo began work in 1971 for the R.T. French and Pillsbury companies, retiring in 1991. She met many wonderful people during the course of her career, leading to lifelong friendships.

Cleo loved gardening and her roses and gladiolus were the envy of many. She won several blue ribbons at the East Idaho State Fair. She and Jay also grew a robust vegetable garden and fruit trees.

Cleo was exceedingly loyal to her family and friends. Her true joy was to have her family around her; talking, cooking, canning, sewing, camping, and basking in the security of their love. Her family will always remember her as a classy and loving lady.

Cleo's fondest memory was Christmas Eve 1952. Jay had been sent to serve in Okinawa during the Korean War and it was a very lonely time for her. At 4:00 AM she heard banging on the door. She thought it was her brother Cecil - snowed out again. When she opened the door, Jay was there with a huge smile and swept her off her feet. It was a perfect Christmas.

Her family and friends will miss her greatly and remember her fondly. Those who will remember her and strive to continue her legacy of integrity, diligence, and dedication include her sons, Terry (Sharon) of Hansen, ID, Danny (Donna) of Idaho Falls, Michael (Carolyn) of Rexburg; and daughter Janis Pascoe (Kim) of Shelley; 21 grandchildren, 58 great-grandchildren, and 5 great-great-grandchildren.

She was preceded in death by her parents, her husband Jay, and her brother Cecil.

Special thanks are given to the caregivers at the Homestead Assisted Living facility and Homestead Home Health and Hospice for the love and care that they provided to Cleo in her final years.