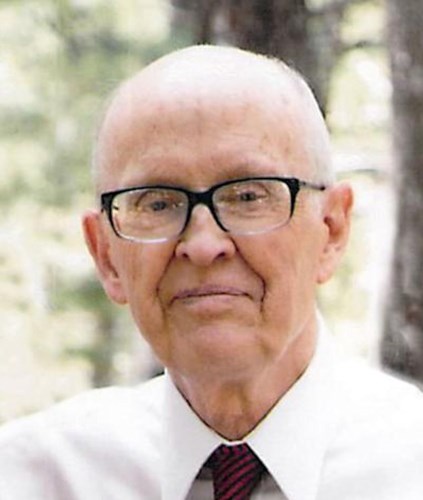 BORN
1945
DIED
2021
FUNERAL HOME
Bert Flamm Mortuary - St. Anthony
581 East 1st North
St. Anthony, ID
Dennis R Howard, 75, of Casper, Wyoming passed away from complications due to Alzheimer's on Thursday, June 10. He was born November 24, 1945 in Rexburg, Idaho to Rexford and Thelma Howard. He grew up in Newdale, Idaho on the family farm and graduated from Sugar Salem High School in 1964. After graduation, he served a mission for The Church of Jesus Christ of Latter-Day Saints in New Zealand. After his return, he attended Ricks College in Rexburg, Idaho where he met his wife, Marda Rawlins. They were married in the Idaho Falls Temple on May 22, 1968. He went on to graduate from Brigham Young University in 1971 with a BS in Accounting. After graduation they moved to Denver, Colorado where he started work for the CPA firm of Meyer & Breverman. In 1974 they moved to Casper, Wyoming to manage one of the firm's offices. Through various mergers, the CPA firm of PMCH (Porter, Muirhead, Cornia, Howard) was created. He retired in 2017 at the age of 72.

Dennis is a 42-year stomach cancer survivor and in 2018 he was diagnosed with Alzheimer's. He was an avid golfer, loved singing and sports. Anyone who knew him would always find M&Ms in his pocket. He was very active in The Church of Jesus Christ of Latter-Day Saints and held various leadership positions. He was also active in the community. He served as the BSA Council President and was awarded the Silver Beaver. Dennis also served many years as treasurer for the Central Wyoming Counseling Center.

Services will be held in Casper, WY on June 17th. Dennis will be buried at the Wilford Cemetery in Idaho on June 18th at 3pm.

In Lieu of flowers, donations can be made to the missionary fund of The Church of Jesus Christ of Latter-Day Saints.

To send condolences, to leave a special message for the family or for more information on the Casper services, please visit NewcomerCasper.com.
Published by Rexburg Standard Journal from Jun. 18 to Jun. 19, 2021.
To plant trees in memory, please visit the Sympathy Store.
MEMORIAL EVENTS
Jun
17
Service
Casper, WY
Jun
18
Burial
3:00p.m.
Wilford Cemetery
ID
Funeral services provided by:
Bert Flamm Mortuary - St. Anthony
MAKE A DONATION
MEMORIES & CONDOLENCES
Sponsored by Bert Flamm Mortuary - St. Anthony.
1 Entry
Marta and Family, sending our sincere wishes for beautiful memories to support you through this time! We regret that we found out to late to make it to St. Anthony for the burial service! It was our hope that we could manage it. But it was earlier than we had anticipated and time ran out to make the trip! Our prayer's have been for each of you as you remember and mourn the loss of husband, father, grandfather and friend! May you remember that life is Eternal and we will all enjoy such a reunion! As Dennis is doing now with parents, and relatives gone before! May we all be blessed to be joined together in the amazing reunion we will all be part of! Prayer's continue as you remember the life he led and the reunion we will all have! We are assured his reunion with our loved ones was special and he was joyously reunited ! May you feel our love and the love of other's to sustain you in this loss! He will watch from above with pride in each of you! Hugs Gary and Kathie Goulding
Gary and Kathie Goulding
Family
June 18, 2021
Showing 1 - 1 of 1 results