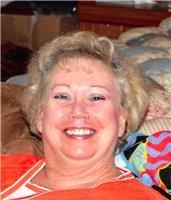 She was born to Clarence Clifford George and Norma Evelyn Webster on August 17, 1955, in Coos Bay, Oregon, "where the mountains meet the sea."

After graduating from Marshfield High School in Coos Bay, Jacque attended Brigham Young University in Provo, Utah graduating in Art. It was at BYU where she met her future husband, Ronald Craig Weekes of Stockton, California.

Throughout their entire married life, they annually celebrated the anniversary of their first date: October 18, 1975. Jacque and Ron were sealed for time and all eternity in the Oakland California LDS Temple on June 23, 1976. During the summer of 1988, Jacque returned to Provo to complete eleven credit hours that were still needed for her Bachelor of Arts degree.

Jacque enjoyed playing tennis, skiing, exploring the Oregon coast, competing as a member of the BYU Bowling team, solving cryptogram puzzles, and driving the muddy mountain roads around Rexburg in the family Ford Escort station wagon and later in a Ford Explorer. Both she and Ron had a mutual love for playing guitars and singing together.

Jacque worked as Human Resources Director for Montgomery Ward department stores in Beckley, West Virginia; Las Cruces, New Mexico; and Pueblo, Colorado. The opportunity then arose to move to Rexburg, Idaho, where she was hired by Ricks College, now Brigham Young University-Idaho, to serve as the Director of Career and Academic Advising.

Anyone who worked with her knew how much she loved and cherished that position, mainly because of one thing: the students. Early during her tenure at the college, she created the College Academic Advising Satellite Centers. These centers are still being used on campus today assisting students as they search for their dream career plus making sure they are on track for graduation.

Her office door was always open for any of her "ten thousand children." Many remember Jacque for "her shining smile." While working at BYU-Idaho, she enjoyed an ongoing game of swapping oxymoron's with then university president Elder David A. Bednar. When health reasons forced her to leave her dream job, it "broke her heart and crushed her Spirit."

A life-long member of The Church of Jesus Christ of Latter-day Saints, Jacque held such choice callings as Ward Young Women's President, Ward Primary President, and many others. She also served as the advisor for the Gamma Chapter of the Lambda Delta Sigma Sorority at Ricks College.

Not to be forgotten are two rescue dogs that brought sunshine into her room when Jacque was no longer mobile and could not go out and enjoy the outdoors: Ringo and Meeko.

Interment will take place at the Sutton Cemetery in Archer, Idaho.

In lieu of flowers, it is Jacque's wish that donations be made to Change Someone's Life, c/o Beehive Federal Credit Union, 65 S. Center Street, Rexburg, Idaho 83440. Donations will be used for a scholarship in honor of Jacque's father, Clarence Clifford George, a Bandon, Oregon, cranberry bogger. The scholarship will be awarded to deserving Agriculture Science and Technology students at Brigham Young University-Idaho.

In recognizing Jacque's eternal legacy, one long-time neighbor and friend called "sweet Jacque a stalwart elect lady." Jacque taught all of her children how "to love everyone. Never see color, shape, size." May we all follow Jacque's example to all those that we encounter, until it is our time to return home to our loving Heavenly Father.