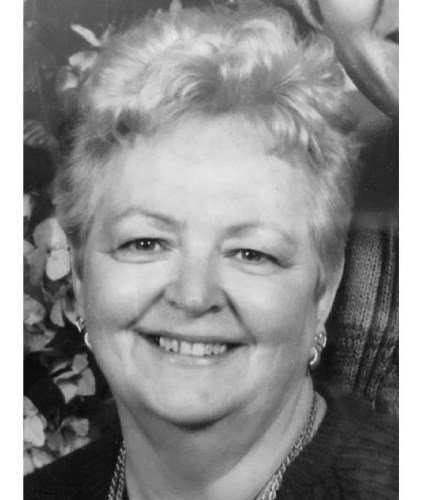 She was born to Melba (Lyons) and Lane Paskett Black on November 23, 1937, in Burley, Idaho. The family moved to Hermiston, Oregon, and JoAnn spent her youth there.

JoAnn moved to Ogden, Utah, where she met and married the true love of her life, Leonard E. Sheetz. They were later sealed in the Los Angeles Temple. 3 boys soon joined the family, James "Jim", Edward Daniel "Dan" and Brian. Len adopted Ricky and Tammy and made the family whole.

The family moved many times over the next 30 years for Len's work. They lived in California, Idaho, Oregon and Utah. They returned to Rexburg, Idaho, in 2003 where they finally settled and put down roots.

JoAnn usually held a job in the restaurant industry wherever they went. When she wasn't working, she was cooking, crocheting, painting and enjoying grandchildren. She was a talented artist and her works are enjoyed by many descendants.

As a member of The Church of Jesus Christ of Latter-Day Saints, JoAnn had the opportunity to serve in many capacities. She served as Ward chorister, in the Stake Young Women's, the Relief Society and as a teacher in Primary and Sunday School. She had a wonderful, alto voice and enjoyed music.

She was preceded in death by her husband, Len, her son, Ricky and daughter, Tammy. She is survived by her sons Jim, Dan and Brian (Jane), her sisters, Shareen (Ron) Parkinson and Judy (Ed) Castellaw, 9 grandchildren and many great-grandchildren, nieces and nephews.

She will be missed by many who look forward to the day when they will be reunited with her.

Condolences may be submitted online via, www.flammfh.com
Published by Rexburg Standard Journal from Jun. 11 to Jun. 12, 2021.
To plant trees in memory, please visit the Sympathy Store.
MEMORIAL EVENTS
To offer your sympathy during this difficult time, you can now have memorial trees planted in a National Forest in memory of your loved one.
Funeral services provided by:
Flamm Funeral Home - Rexburg
MAKE A DONATION
MEMORIES & CONDOLENCES
Sponsored by Flamm Funeral Home - Rexburg.
0 Entries
Be the first to post a memory or condolences.