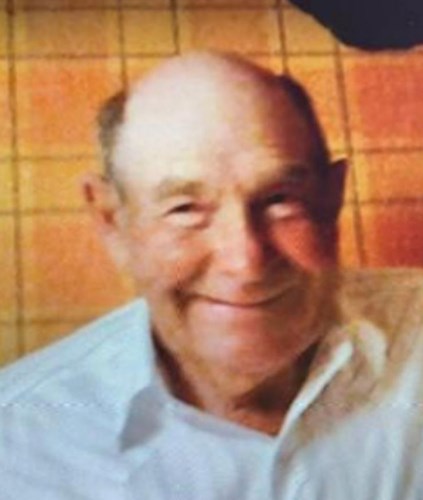 He was born at home in Wilford a little prematurely, and spent the first weeks of his life in the warming oven of the coal stove. LaVerl grew up on the family farm, learning at a young age the value of hard work A trait he retained up to the day he died. He enjoyed working with his father and often said he wished he could figure out and fix things the way his dad did.

He graduated from South Fremont High School where he was a member of the boxing club. LaVerl grew grain, hay, and for a few years potatoes. But the thing he enjoyed the most was raising Hereford cattle. After his father's death in 1974, he continued to farm and ranch. The collapse of the Teton Dam in 1976 was a devastation to LaVerl, to his spirit as well as his beautiful farm ground.

LaVerl married Patsy Ann Liebert on June 14, 1988. They enjoyed 32 years of marriage. Her death on February 5. 2020 left LaVerl feeling very lonely as he missed her everyday. In June of 2020, LaVerl suffered a very mild heart attack. He was separating his bulls and getting ready to put them in with the cows. The story of what happened got a little mixed up in the emergency room, and it was reported that he had been fighting bulls. The heart surgeon was trying to decide if he was a good candidate for surgery. One of the nurses told the doctor about the "bull fighting" and he had bypass surgery. LaVerl continued to raise Hereford cattle, doing a full day's work, and visiting with neighbors and friends.

He is preceded in death by all his siblings, his parents and his sweet wife Patsy. He is survived by several nieces and nephews, good friends and his beloved dogs, Sammy, Fred and Spike.

Funeral services will be held Thursday June 3, 2021 at 1:00 p.m. at Bert Flamm Mortuary, 581 E. 1st N., St. Anthony. Friends and family may call at the funeral home from 12:00 until 12:45 p.m. Burial will be in the Parker Cemetery.
To plant trees in memory, please visit our Sympathy Store.
Published by Rexburg Standard Journal from Jun. 1 to Jun. 2, 2021.
MEMORIAL EVENTS
Jun
3
Visitation
12:00p.m. - 12:45p.m.
Bert Flamm Mortuary
581 East 1st North, St., ID
Jun
3
Funeral service
1:00p.m.
Bert Flamm Mortuary
581 East 1st North, St., ID
Funeral services provided by:
Bert Flamm Mortuary - St. Anthony
MAKE A DONATION
MEMORIES & CONDOLENCES
Sponsored by Bert Flamm Mortuary - St. Anthony.
3 Entries
I just learned of your passing LaVerl. I am so sad. It hurts to know I will never be able to talk with you again in this life. As you know, Patsy was my very best friend in all the world. I was heartbroken when she died. Every day I think about her and always I think of you as well. You were her home. You were her love. If there is life after this, I will see you, LaVerl. I am saddened to know you are gone and I send my love to you and to Patsy every day.
Deanna K Stenson
Friend
July 24, 2021
R.I.P LaVerl, We hope you´re enjoying that steak that Your sweet Patsy has cooked for you. We will miss you greatly. You and Patsy were blessings to everyone.
Diane Galston
Friend
June 3, 2021
We loved Verl and will miss him. He was a great man.
Curley and Karen Morton
Friend
June 3, 2021
Showing 1 - 3 of 3 results