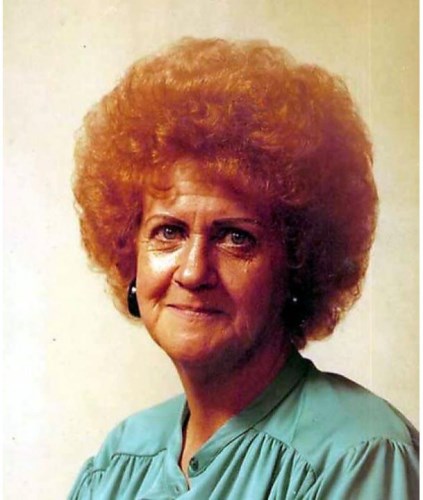 Patty was born on September 21, 1925, in Rexburg Idaho, to Adria Arvilla Pearson (Audrey) and Claude Anderson. Patty attended school at Madison, until the age of 17.

Due to her Father's passing and the out break of the second world war, Patty, her mother, sister, and brother moved to Tooele Utah, where Patty worked on painting and greasing 20mm cannons. This is where she met her husband, Edward Joseph Appell, a veteran of the Second World War.

As soon as she turned 18, they were married, by the justice of the peace. Later on they had a wedding in New York and renewed their vows. Patty worked at the chicklet's factory until she got pregnant with the first of her two sons, Michael Edward Appell and Patrick Joseph Appell was born five years later.

With the passing of her husband, Patty moved herself and her two sons back to Rexburg Idaho, so that she could be closer to her family. While living in Rexburg, Patty worked various jobs, from sorting potatoes to working at a local hotel.

Reid Parkinson, a childhood friend, reunited with Patty after she moved back home. They spent almost every day together and were life companions until Reid passed away in 2010.

Patty is preceded in death by her husband, Edward Appell, her parents, Claude and Audrey. Her siblings, Dean Claude Anderson and Dorothy(Dottie) Renee Holden.