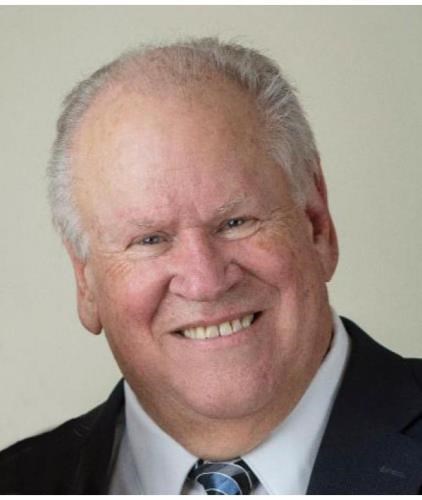 BORN
1947
DIED
2021
FUNERAL HOME
Flamm Funeral Home - Rexburg
61 North 1st East
Rexburg, ID
Tom was born on January 24, 1947, in Spokane, Washington, to William Ernest Toone and Clarella Brice. The oldest of five boys, he was a gentle, creative child. He loved his brothers and they maintained strong ties all their lives. Their father built a home in town, but Bill wanted to teach the boys to work, so when Tom was about twelve he moved the family to a farm where Tom and his brothers worked, very hard. Tom loved robots, spaceships, and dinosaurs. He also loved books, music, drawing, and painting.

Tom served a mission for the Church of Jesus Christ of Latter-day Saints in the Central Saints Mission from 1966-1968. As a missionary he touched many lives.

During the Vietnam War, Tom joined the ROTC while at BYU and ultimately became an Army captain. There he met the love of his life, Dotti. He was impressed that she played the cello and was smitten with her beautiful and creative spirit (and the tight shirt and pants she wore to a western-themed church activity). After a brief courtship they began their eternal adventure together on June 2, 1969.

Mom was Dad's best friend. She supported him as he completed his bachelor's and master's degrees at BYU, and his doctorate at the Pennsylvania State University. He was hired as an Art History professor at USU in 1981. He was a gifted teacher. His students loved his infectious enthusiasm about art and great ideas. He delighted to share what he knew and hearing him teach was hearing him share wonderful secrets. In 1997 he published his book, Mahonri Young, His Life and Art, which won the prestigious Evans Biography Award and a $10,000 prize. In 2003 he left USU to teach art history at BYU-Idaho until his retirement in 2018. He was listed in the Who's Who of college professors at both USU and BYUI.

Tom was always creating. He built model ships and planes, created leatherworks, and sculptures. He learned Chinese calligraphy, and he painted beautiful works of art that were immaculately designed and filled with a sense of wonder and whimsy. He loved music; his music collection included everything from Beethoven and Bach to Jimmy Hendrix, The Beatles, and Marty Robbins. As a student his beautiful baritone voice earned him a place in the BYU Acapella Choir.

Tom's greatest love has always been his family. He loved visiting his children and grandchildren and was never happier than when he was with Dotti (especially if they were on a cruise together). We will dearly miss his smile, his gentle spirit, and his way of finding wonder in the world. His life was a life of discovery, service, courage, and love. He left a legacy of faith in Jesus Christ and a great love of His gospel.

We love you, Dad, and are excited for you to begin your next great adventure. We can't wait to hear you tell us all about it! We will see you soon!

Condolences may be submitted online at www.flammfh.com
Published by Rexburg Standard Journal from Jul. 13 to Jul. 14, 2021.
To plant trees in memory, please visit the Sympathy Store.
MEMORIAL EVENTS
Jul
13
Funeral service
11:00a.m.
Burton 2nd Ward Chapel
3958 W. 2000 S., Rexburg, ID
Jul
14
Interment
11:00a.m.
Provicence City Cemetery
925 River Heights Blvd., River Heights, UT
Funeral services provided by:
Flamm Funeral Home - Rexburg
MAKE A DONATION
MEMORIES & CONDOLENCES
Sponsored by Flamm Funeral Home - Rexburg.
2 Entries
Brother Toone was by far my favorite professor in the art department at BYUI. I will always be grateful for his encouragement and enthusiasm as a professor, his kind words and support helped during a very difficult point in my life. He will be very missed.
Kirsten P
School
July 16, 2021
What a tender time! We have such fond memories of Tom and family. The times we shared, although too few, were precious, and we are so grateful to be part of the TOONE family and legacy. The suddenness of Tom´s passing inspires us to treasure each moment. We pray for the Lord´s blessings for each of you.
Bill and Rita Toone
July 13, 2021
Showing 1 - 2 of 2 results