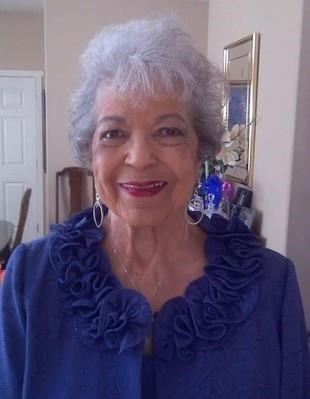 Reno - Alberta Rederford, 92, passed away surrounded by her family on March 31, 2017 at Renown Medical Center following a brief hospitalization.

Alberta was born and raised in New Orleans, the daughter of Louise and Louise Dugais. She was a long-time parishioner of the Immaculate Conception Church and passionate member of the community.

She is survived by four of her children; her son, Bruce Rederford; her daughters, Judy Armstrong, Sharon Rederford, Janelle Rederford; her sister, Marion Reise; four grandchildren; and many close friends. Her son, Kenneth Rederford preceded her in death.

As a teenager in New Orleans, Alberta always participated in activities that provided assistance to the people in her community. She graduated from Xavier High School in 1943, moved to Oakland, married Jodie Rederford in 1947 and moved to Herlong California in 1949. She and Jodie both worked on the army base. In 1969 the family moved to Reno, Nevada. Since becoming a resident of Nevada in she continued to engage in activities that benefit those with less and help strengthen our community. She retired from Hug High School where she was a dedicated Secretary for over 20 years, after touching the lives of so many students over the years.

Alberta participated in numerous organizations to fulfill her civic goals, and was one of two founding members of the Northern Nevada Black Cultural Awareness Society (NNBCAS). During her many years of membership as a secretary and chairwoman for organizations like NAACP and NNBCAS, she demonstrated her extreme passion for black youth and education as the scholarship chairwoman for the NAACP. She said, "I want to encourage them, I want them to get ahead. It is so gratifying to see these kids making a mark for themselves."

In recent years, it was difficult for her to attend events for both organizations, but she still remaining supportive of both until the end as a proud member of the community who love her and will miss her.

All services will be held on Wednesday, April 5, 2017, at the Immaculate Conception Church in Sparks, Nevada. The private viewing will be at 9:30 am to 10:30 am; the funeral mass will be from 10:30 am to 11:30 am and Father Norman King will officiate. Reception to follow. A private burial at the Mountain View Mortuary will be held on Friday, April 7, 2017.

Contributions in memory of Alberta may be made to the Mother Angelica Foundation, c/o Eternal Word Television Network, 5817 Old Leeds Road, Irondale, AL, 35210


Published by The Reno Gazette Journal and Lyon County News Leader on Apr. 4, 2017.
To plant trees in memory, please visit the Sympathy Store.
MEMORIAL EVENTS
Apr
5
Funeral Mass
10:30a.m. - 11:30a.m.
Immaculate Conception Church
Sparks, NV
Funeral services provided by:
Mountain View Mortuary - Reno
MAKE A DONATION
MEMORIES & CONDOLENCES
Sponsored by Mountain View Mortuary - Reno.
8 Entries
Our heartfelt sympathies to the Rederford family. We remember your mom from our Hug High days. She was always so caring and concerned for the students. May she rest in peace and may God Bless her family.
John & Linda Russell
April 13, 2017
What can I not say about Ms. Rederford, as she was known to so many Hug High students. She was elegant, gracious, and a blast to be around. Of course I always got special treatment from her and Ms. Feemster, which is why I spent so much time in the office. She will be Missed. Rest in Peace, you deserve it. And to the family Weeping may endure for a night, but Joy will come in the morning.
Derinda Smith
Derinda Smith
April 10, 2017
We are so sorry for your loss. at you all be comforted with special memories of your mom.
Johnnie Russ and family
Johnnie Russ
April 8, 2017
Your mother was one of a kind. Thank you for sharing her with so many of us. We share in this loss with you. Thoughts and prayers from my family to you. 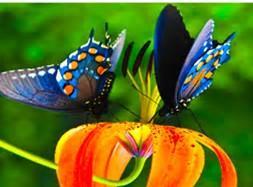 Lisa Hendrix
April 6, 2017
Our prayers are with all of you during this time of lost. On behalf of the Deans and Adams we all send our Love.
Sharon Farve
April 5, 2017
It was a pleasure to have worked with your mother/grandmother. She was a true "lady" in every way.
My sympathy,
Maurice Petre
Hug Principal 1974-80
Maurice Petre
April 5, 2017
I sign this on behalf of myself Amanda Lewis, Deborah Cole, Larry Smith and Fannie Payne. With heart felt sympathy.
Amanda Lewis
April 5, 2017
Showing 1 - 8 of 8 results