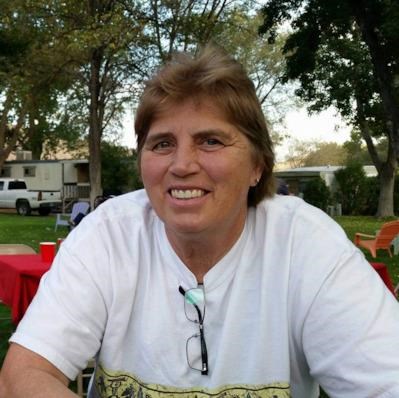 It is with great sadness that the family of Benny Freiberger announces her passing on June 22, 2021. Two short months ago Benny received a cancer diagnosis, the Olympic athlete, fighter and warrior she was, her plan was to do battle against this disease. But our hero, our strong, take care of everything, warrior woman, was felled by this cancer, and her once strong body failed her. We are grateful she was able to move on with a minimum of suffering, on to compete in those games we know they must be having, gone but never forgotten, she will be forever in our hearts.

Benny entered into this life on November 13, 1955, in Washington, Missouri to Arlone and Kenneth Freiberger, the fourth of five lively children. She was preceded in death by her parents and her brother Kenny Freiberger.

Benny attended Union High School in Union MO (1971-1974) where she lettered in Volleyball, Softball and Track & Field all four years. She went on to East Central Jr. College where she played Volleyball and Softball as an All-American and All Conference. Benny continued her athletic career in these two sports at Missouri State University in Springfield.

It was during her last year of college that she was scouted for the U.S. Women's Handball Team, who went on to qualify for the Olympics. She trained at the U.S. Olympic Training Centers in Colorado Springs, Colorado and in Squaw Valley, CA. In addition, she traveled all over Europe competing in the two years prior to the 1980 Olympics. She was especially proud of the Gold Medal the team won at the inaugural U.S. Sports Festival in Colorado Springs in 1978, the next year they took the silver medal. It was a sad time in history in 1980 when President Jimmy Carter decided to boycott the 1980 Olympics due to Soviet interference in Afghanistan. Her hometown was still proud of her, and she was grateful for all the support she had received, the fundraising efforts, and spoke often how much it meant to her how her everyone rallied together for her.

She continued to play softball recreationally until her 50's and was both feared and revered for her skill as a switch hitter and as a first base woman. We all remember hearing - it's number 13 baaack uppp!

Benny worked for Hall Bros Lumber in Union and then Spartan Showcase. It was the Spartan Showcase job that brought her to Reno Nevada. She was brought out to Reno to train new employees for a new facility. But as is often the case, she met the love of her life, Liv, and decided to relocate to Reno permanently. When Spartan closed the Reno facility, she and Liv, opened Desert Lock & Showcase. Liv had been teaching Benny the art of locksmithing. Benny became an excellent locksmith and safe cracker, earning her a reputation across the country. While she was technically retired, Benny retained a few favorite customers and in fact did jobs until just a few days before she passed. That was our warrior.

Benny is survived by her wife and partner of 33 years, Liv Lopshire, her brothers Roy (Cindy), Darrell and sister Luann, her sister-in-law's Wanda Lopshire, Lynne Smith (Wess). Numerous nieces and nephews, some honorary, but all of whom meant the world to her.

Please, in lieu of flowers it would really honor Benny if you chose to donate to Step2, an organization that she supported financially and with her locksmithing. https://bit.ly/IMOBenny

Services in Union MO will be held on September 8th details to follow.