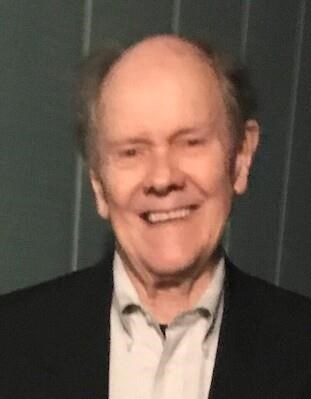 Bill died peacefully the morning of July 4, 2021 at Northern Nevada Medical Center after a long battle with dementia. He spent just a few weeks in memory care before a fall required transfer to NNMC where he spent just under two weeks before passing.

Born in Kansas City, Kansas, Billy Dale Thyr was the youngest of three children born to Pearly Byler Thyr and Carl Alvar Thyr. He attended Wyandotte High School and entered the service (Air Force) during the Korean War. After the war he graduated from Ottawa University, Ottawa, Kansas, and then earned his PhD in plant pathology from Washington State University. After working for the USDA for a number of years in Cheyenne, WY, he moved to Reno to work in the agricultural department at UNR. After he retired from the USDA he began his own business, Plant Health Services, and helped many local residents care for their plants and trees.

Bill was very active in the community, a long time member of the Lion's Club, where he gave of his time and service. He went to Mexico a number of times to help bring eye glasses to people in need there.

Bill was the ultimate creator and handyman, always building things, growing gorgeous flowers in their yard and installing irrigation systems to keep them all looking lovely. He loved hunting and fishing, and spent much leisure time in various wilderness areas. When Bill was in his 30's he learned to paint watercolors and his creative juices flowed for many subsequent years. The vast number of paintings he leaves behind is one of his most beautiful legacies.

He met the love of his life, Sally Myers, on December 30, 1981. They were married August 14, 1983, and spent 38 wonderful years together. They loved to travel and had many memorable trips to places like Italy, Sweden, river cruises and to see family and friends across the country. Bill was very proud of his Swedish heritage and loved spending time with his family still in Sweden. An avid sports fan, he loved the SF Giants and the NY Yankees. They also loved going to the Symphony and Chamber concerts.

He is survived by his wife, Sally Myers, children Greg Thyr (Carol), Amy Winter (Bryce), Sara Thyr (Geoffrey Smith), his sister Louise Gangwish (Carl), and many grandchildren and great grandchildren, nieces and nephews, and numerous friends. He is preceded in death by his parents and his brother, Harold David Thyr.

His family would like to express their deep appreciation for the care he received from Fiona and all at Northern Nevada Hospital, as well as at the Seasons Memory Care.

In lieu of flowers, the family invites a donation to Northern Nevada HOPES or the Food Bank.


Published by The Reno Gazette Journal and Lyon County News Leader from Jul. 8 to Jul. 11, 2021.
To plant trees in memory, please visit the Sympathy Store.
MEMORIAL EVENTS
To offer your sympathy during this difficult time, you can now have memorial trees planted in a National Forest in memory of your loved one.
MAKE A DONATION
MEMORIES & CONDOLENCES
1 Entry
Dearest Sally and Family, We are so sorry to hear of Bill's passing. You were quite a couple to admire. Our bouts with covid this past year kept us guarded about visitations knowing how Bill's fragile health could be affected; however, you and he particularly have been in our thoughts and prayers continuously. We send our heartfelt condolences at this most difficult time. Love, Deidre and Mike
Michael and Deidre Smith
Friend
July 11, 2021
Showing 1 - 1 of 1 results