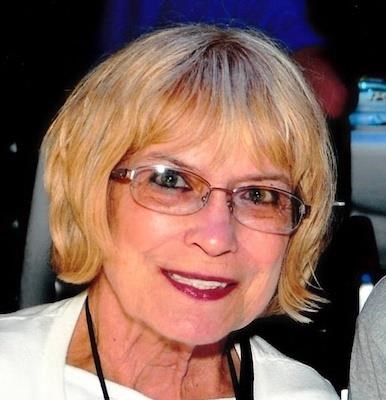 Sparks - Carrol Anne Tiejten Prudencio Sorken Anderson, age 81, died on May 14, 2021 from health complications after a fall in Sparks, Nevada. Carrol was born to Norma Clayton and Orville Tiejten on August 20, 1939 in Alameda, California. Carrol was the oldest of 4 children and is survived by two of her siblings, Mark Ramey and Christie Tiejten Guzman. She was preceded in death by her sister, Vickie Ramey Beckett.

Carrol was a 1957 Graduate of Hayward High School. On July 29, 1957, Carrol and her first husband, Robert Prudencio, welcomed Carrol's only child, Jeffrey Robert Prudencio. In 2001, Carrol was blessed with a grandson, Nicholas Jeffrey Elijah Prudencio.

Carrol was later married to Richard Sorken for a brief period of time and moved from Daly City, California to Walnut Creek, California. After divorcing Richard Sorken, Carrol met and married Ken Anderson and remained married to him until his death in March, 2018. Carrol and Ken lived in Pleasant Hill, California until they retired. Once they retired, the couple moved to Sparks, Nevada to enjoy the skiing lifestyle.

Carrol worked at Bechtel Corporation for some years as an executive secretary. Later, she became an adult education instructor, teaching computer technology. Her son, Jeff, followed in his mother's footsteps and is also employed in the IT industry.

Carrol left behind many friends and extended family who will miss her dearly. One of Carrol's passions was dogs. She loved her dog Roxie. The family asks, therefore, that you make any donation in Carrol's name to the Washoe County Humane Society. You can make a donation via the internet by going to the following link: https://www.washoecounty.us/animal/donate-to-wcras/index.php. Or mail in a check or money order to: Washoe County Regional Animal Services, 2825 Longley Ln. #A, Reno, NV 89502. You may drop off or ship donations to 2825 Longley Ln. #A, Reno, NV 89502 during regular business hours. Monday - Friday 8am-5pm Saturday 9am-3pm

Published by The Reno Gazette Journal and Lyon County News Leader from Jun. 18 to Jun. 23, 2021.
To plant trees in memory, please visit the Sympathy Store.
MEMORIAL EVENTS
To offer your sympathy during this difficult time, you can now have memorial trees planted in a National Forest in memory of your loved one.
Funeral services provided by:
Walton's Funerals & Cremations - Ross, Burke & Knobel
MAKE A DONATION
MEMORIES & CONDOLENCES
Sponsored by Walton's Funerals & Cremations - Ross, Burke & Knobel.
1 Entry
Please accept my heartfelt condolences on the loss of your loved one, may God give you strength and comfort during this difficult time. (Psalms 46 :1)
S.G.
June 29, 2021
Showing 1 - 1 of 1 results