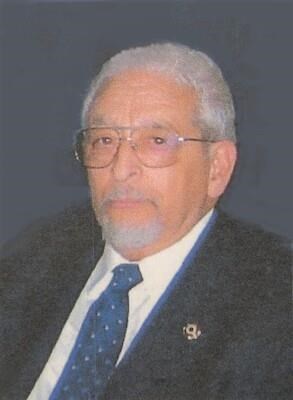 David Ivan Randolph, PhD, lost the battle with COVID-19 during his sleep on December 13, 2020. He had been hospitalized since Thanksgiving & had several up & down days. Many thanks to the tremendous nurses & doctors at Renown Medical Center, Reno for providing his care during a time when family could not be with him.

David was the first child of Lloyd & Mary Randolph born in Boston, MA on August 29, 1936. He grew up the Roxbury area of Boston & graduated from Boston Latin Boys School. He obtained a Bachelor of Arts in General Psychology & a Master of Arts in Experimental Psychology from Northeastern University & a PhD in Sensory Psychology & Physiology from the University of Massachusetts, Amherst. While in college he served as a Research Fellow at the Retina Foundation, Massachusetts Eye & Ear Infirmary, Boston MA which began his career in vision research. During college he was a member of ROTC & commissioned as a First Lieutenant in the Army Medical Specialist Corp upon graduation.

Upon completion of basic training at the Fort Sam Houston Medical Training School he was assigned as a Captain, Research Psychologist to the US Army Natick Laboratory: US Army Radiation Physics Branch, Pioneering Research Division in Natick MA., where he conducted flash blindness studies. In 1968 he was transferred to Fort Knox, KY, US Army Medical Research Laboratory where he continued experiments on the long-term effects of laser radiation upon the visual acuity of the rhesus monkey.

In 1973 he joined the Frankford Arsenal Joint Laser Safety Team in Philadelphia, PA where a team was organized to plan a new research unit to be housed in the newly constructed Letterman Army Institute of Research (LAIR), Division of Ocular Hazards at the Presidio of San Francisco, CA. David continued his vision research at LAIR until his retirement in 1992 when the Presidio was decommissioned.

Multiple publications & abstracts related to his research findings made him a sought-after presenter at research conferences in the US & abroad. Best known for his research in flash blindness & night vision he was featured on PBS for his part in the development of goggles to protect soldiers from laser eye damage. He was the recipient of the Aaron Levy Scholarship for excellence in psychology at Northeastern; placed second in the Army Science Conference, received a Certificate of Outstanding Achievement from the US Army Material Command & a Certificate of Achievement from Natick Labs. He won the US Army Research & Development Medallion & cash award for research excellence in 1978.

While stationed in Massachusetts & Kentucky, David shared his knowledge & experiences as a Psychology Lecturer at Northeastern University & the University of Louisville. He taught general, experimental & advanced experimental psychology & served as thesis adviser to psychology students.

At the time of his death, he remained a member of Sigma XI, a Scientific Research Honor Society. He served on the National Research Council Armed Forces Vision Committee of the National Academy of Sciences from 1965-1972 & the Subcommittee on Laser Bioeffects on the Eye from 1967-1990. In 1975, Dave began his involvement with Human Use & Animal Use & Protocol Review committees for both Letterman Army Institute of Research & Letterman Army Hospital. This involvement continued after his retirement by serving as the Community Representative for the University of Nevada, Reno's Social & Behavioral Institutional Review Boards.

Shortly after retirement & moving to Reno NV., Dave completed the training to become a volunteer mediator for the small claims court of Washoe County. At the time of his death, he was serving as a board member of the Nevada Dispute Resolution Coalition & the Neighborhood Mediation Center.

For three years, Dave was a substitute teacher for the Washoe County School District teaching grades 1-12 & special education in all subjects, English, mathematics, statistics, geometry, geography & other subjects as required.

"Dr. Dave", as he was known to his friends, was an avid bowler, still participating in two leagues at the time of his death. He served as President of the San Francisco Bowling Association & a board member of the Reno Sparks Bowling Association. For several years he was a Weigh Master for the American Bowling Congress, the Women's International Bowling Congress, & the YABA at the National Bowling Stadium in Reno.

Dave, known to his students as "Master Randolph", held a 5th degree black belt in Tae Kwon Do & spent thirty plus years teaching, refereeing & volunteering in the martial arts. His Tae Kwon Do training began in Louisville, continued in San Francisco & on into his retirement days. He served for several years as Chairman of the Board of the Korean Tae Kwon Do Foundation dedicated to assisting low-income children & families to better themselves through the Korean martial arts. He was recognized by many in Washoe County as the martial artist who volunteered to be in an education piece on water boarding.

While Dave was at Northeastern, he met & married Patricia Ann Caya. They had three children; David Ivan, Jr, Thomas Lloyd & Catherine Mary Randolph Malapanes. Later they divorced & Dave married Darlene Dougherty with whom he celebrated 45 years of marriage in September of 2020.

In lieu of flowers, donations in Dave's memory may be made by mailing a check or money order to:

Plans are being made for a virtual celebration of life.


Published by The Reno Gazette Journal and Lyon County News Leader from Dec. 15 to Dec. 17, 2020.
To plant trees in memory, please visit our Sympathy Store.
MEMORIAL EVENTS
To offer your sympathy during this difficult time, you can now have memorial trees planted in a National Forest in memory of your loved one.
MAKE A DONATION
MEMORIES & CONDOLENCES
2 Entries
I would like to express my condolences to the family of David Randolph, with a special thank you to Darlene. I read about the death of Dr. Dave and just wanted to tell Darlene how impressed I was by the way she channeled her grief to accomplish good for others. Darlene, your encouraging the hospital to do better led to changes that will benefit all future patients in that facility. Moreover, articles about their instituting "patient supporters" have circulated around the country and seem likely help lead to changes critical to the psychological well-being of patients and their families around the nation, and possibly the world.
Thank you, Darlene, for caring. The changes you brought about showed both your good nature and how much you loved your husband; I believe that the kindness elicited by your efforts will bring everlasting merit to you and to your husband's soul.
Rebecca Bass
February 8, 2021
I’m very sorry to hear of David’s passing. I’m John Randolph one of his many first cousins amongst the Randolph Clan. I am in Morocco and send a warm hug and deepest condolences to Darlene.
John Randolph
Family
December 18, 2020
Showing 1 - 2 of 2 results