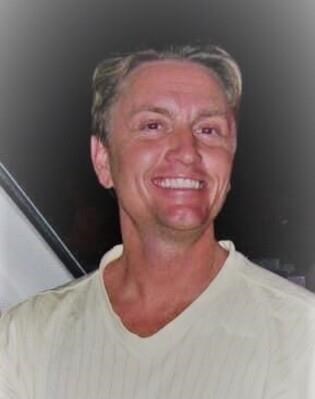 Reno - Eric James Dale passed away peacefully at his home in Reno on April 30, 2021,of natural causes.

Eric was born in Bemidji, MN, on October 5th, 1966. He lived a full and successful life of work, family and friends. Shortly after graduating from Minnesota State University Mankato at the age of 21, his career in the casino business started as a blackjack dealer at Treasure Island Casino in Red Wing, MN. From there he went to the Chicago area and held various positions at the the Empress Casino in Joilet and the Grand Victoria Casino in Elgin, including management. His next move was to the Gold Strike Casino in Tunica, MS. When Gold Strike, owned by Mandalay Bay, sold to MGM, he moved on to management at the Atlantis Casino in Reno. He was always up for a challenge and decided to leave the Atlantis and take the head managers position at Baldinis Casino when it became available. His last management position was at the Nugget Casino in Sparks. In 2018 he decided to take some time off to share custody of his twin boys, Matthew and James, until they graduated from high school. He enjoyed the 16 years he lived in Reno and the relationships he cherished

He and his boys worshiped at Sparks Christian Fellowship.

He is proceeded in death by his grandparents, Lorena and Jens Dale and LaVerne and Gerald Jesness, his Aunt Liz and Aunt Sally.

The family wishes that any memorial gifts be given in his name, to St. Francis of Assisi Food Pantry, 160 Hubbard Way F, Reno, NV 89502, where Eric volunteered.

A Memorial Service celebrating Eric's life will be held in Minnesota in mid August.


Published by The Reno Gazette Journal and Lyon County News Leader from Jul. 6 to Jul. 11, 2021.
To plant trees in memory, please visit the Sympathy Store.
MEMORIAL EVENTS
To offer your sympathy during this difficult time, you can now have memorial trees planted in a National Forest in memory of your loved one.
MAKE A DONATION
MEMORIES & CONDOLENCES
1 Entry
Eric and I shared wonderful memories working together in Chicagoland in the mid-1990's. He has a wonderful family and I really enjoyed spending time with them in Minneapolis. My time spent in the Midwest was made more special by my friendship with Eric.
Sara Austin
September 15, 2021
Showing 1 - 1 of 1 results