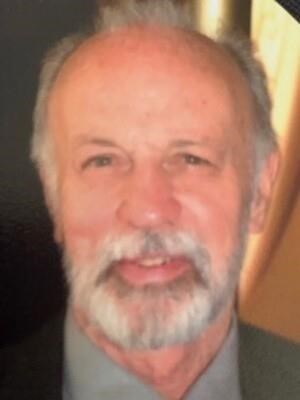 Harold Phil Harris left us peacefully on May 24th, 2021, at the Renown Medical center in Reno at 87 years of age. His loving wife Niru and sister-in-law Priya Poulsen (Wahal) were by his side. He began his life in Salt Lake City, Utah on November 29th, 1933; his parents were James Edward Harris and Vera Hansen. He attended West High School in Salt Lake City, Utah. After which, he served in the Navy with honor for two years, stationed in Honolulu, Hawaii, from 1955 to 1957. After leaving the Navy, Phil moved to Las Vegas and became part of the gaming industry, returning to the sea with the Merchant Marines during the Vietnam War. Phil and Niru met in 1970 in Nagoya, Japan, where they taught English Conversation. They later married in Tokyo and New Delhi, India. They moved to the United States in 1973 and settled in the Tahoe/ Reno area, where Phil rejoined the gaming industry. In their 50 year marriage, Phil and Niru loved to travel worldwide, creating lasting memories they kept for the rest of their time together. He was a prodigious reader with his interests ranging from American history to the two World Wars. Phil also helped raise his sister-in-law Priya when she came to Reno at the young age of twelve in 1980. He was a loving uncle and role model to Priya and David's children, Sebastian and Gabriella Poulsen. Teaching them about Chess, Go, the world, and the Japanese language and culture. He was an Indophile, Bon Vivant, generous soul, had a great sense of humor, a strong character, and a sense of self. Phil left us a book of poems and epics depicting his love for writing. Several of his rhymes were dedicated to his wife, beloved sister-in-law, and her husband David Poulsen, along with other close family members. He was preceded in death by his brothers Don, Ray - Ruth, and Kenneth - Margret Harris and sisters, Cleone - Mike Hughes, and Margie - Chick Eaby. He leaves behind his sisters and brothers in law Veenu and Ferdoas Nagarvala, Anjul and Vikram Kaul, and Priya and David Poulsen. He also leaves behind innumerable nephews, and nieces along with their respective families in Salt Lake City, Utah, San Francisco/ Bay area, California, New Delhi, India, Reno, Nevada and Dubai, UAE. He was a beloved family member who played a prominent role in all our lives and shall be forever missed.


Published by The Reno Gazette Journal and Lyon County News Leader from Jul. 8 to Jul. 11, 2021.
To plant trees in memory, please visit the Sympathy Store.
MEMORIAL EVENTS
To offer your sympathy during this difficult time, you can now have memorial trees planted in a National Forest in memory of your loved one.
MAKE A DONATION
MEMORIES & CONDOLENCES
0 Entries
Be the first to post a memory or condolences.