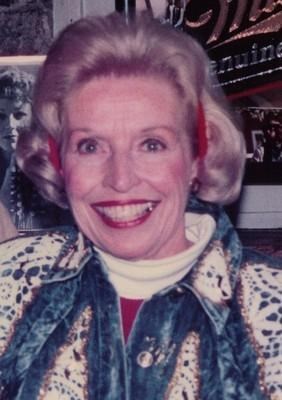 Jane was born in Connecticut to Inez and Leon F. Baker Jr. Jane and her parents and brother and sister moved from Connecticut to Topeka, Kansas after she graduated from Roger Ludlow High School. She went on to attend and graduate from Kansas University where she was a Kappa Alpha Theta for all 4 years. She was very active in lots of different organizations on campus. She played the clarinet and piano in her early years, but only continued on with the piano. In her early adult life she lived in Lawrence and Topeka KS, Pensacola, FL, Seattle, WA, La Jolla, CA and Sacramento, CA. She was a professional Girl Scout Leader for many years, involved in the YMCA, President of the PTA in Sacramento, involved in the Junior League and Doctor's Wives Auxiliary, she was also registered with the Children of the American Revolution. She was always involved with her children's activities and encouraged all their endeavors, as they were growing up. Water and snow skiing, guitar and banjo and piano lessons, Girl Scout meetings and activities, horse back riding were a few things she would drive her children to. Overnight stays with friends for the children were always made special by Jane.

In 1975, Jane married Bryce Wilson and they resided in Glenbrook, NV. where Jane became a professional realtor. Bryce's two daughters were beloved additions to Jane's family. She so loved all 5 of her children. Her greatest joy was any opportunity to dote on any of her 10 grandchildren. She always had a sparkle in her beautiful green eyes, was kind and gentle, always thoughtful of others and full of love for God and Jesus, friends and family.

Active in politics, Jane became Vice Chairman of the Nevada State Republican Party serving under Frank Fahrenkopf, who later became the Chairman of the Republican National Committee. Jane helped turn the tide in Nevada for President Ronald Reagan and served as a delegate at the 1980 Republican National Convention in Detroit. She also helped to ensure US Senator Paul Laxalt was re-elected to his last term in office. Jane and Bryce would regularly set out in their RV to host political barbecues across Nevada. Jane was also very involved in the Reno Philharmonic and held seats for every performance for years. They both dearly loved meeting new friends and were always very proud of the state.

Her loving heart would never waiver. Jane always had a smile on her face for everyone. Words can not express how much we will all continue to love and miss her.


Published by The Reno Gazette Journal and Lyon County News Leader on Mar. 16, 2014.
To plant trees in memory, please visit the Sympathy Store.
MEMORIAL EVENTS
To offer your sympathy during this difficult time, you can now have memorial trees planted in a National Forest in memory of your loved one.
MAKE A DONATION
MEMORIES & CONDOLENCES
0 Entries
Be the first to post a memory or condolences.